Venezuela: On the Simple Arithmetic of Inflation

As the Venezuelan bolivar collapses, the hype about Venezuela’s alleged hyperinflation becomes more intense. Most of the commentary is literally fantastic, suggesting that the authors are unfamiliar with the subject of hyperinflation and the arithmetic of inflation.

For example, DolarToday.com – which publishes reliable black-market exchange rate data, as well as the Johns Hopkins-Cato Institute annual inflation estimates – claims that the bolivar has depreciated by over 100 percent this month. This is wrong because DolarToday’s arithmetic is wrong. DolarToday’s mistake represents a common error. It fails to transform the bolivar-U.S. dollar exchange rate into dollars and cents. At the start of the month, the VEF/USD black market rate was 1,501.17, and as of November 29th, it was 3,744.52. The correct arithmetic to calculate the deprecation of the bolivar between those two dates is ((1/3,744.52) - (1/1,501.17)) / (1/1,501.17) = 59.9 percent  depreciation.

The accompanying charts illustrate the correct arithmetic and the linkage between black market exchange rates and annual inflation rates. For Venezuela’s inflation to hit the International Monetary Fund’s (IMF) 720 percent inflation forecast for 2016, the bolivar would need to depreciate by 44 percent from today’s rate of 3,744 to 6,735 VEF/USD. Furthermore, for Venezuela to hit hyperinflation, which is an annual inflation rate of 12,875 percent, the bolivar would need to collapse by 97 percent from today’s rate to 106,565 VEF/USD. 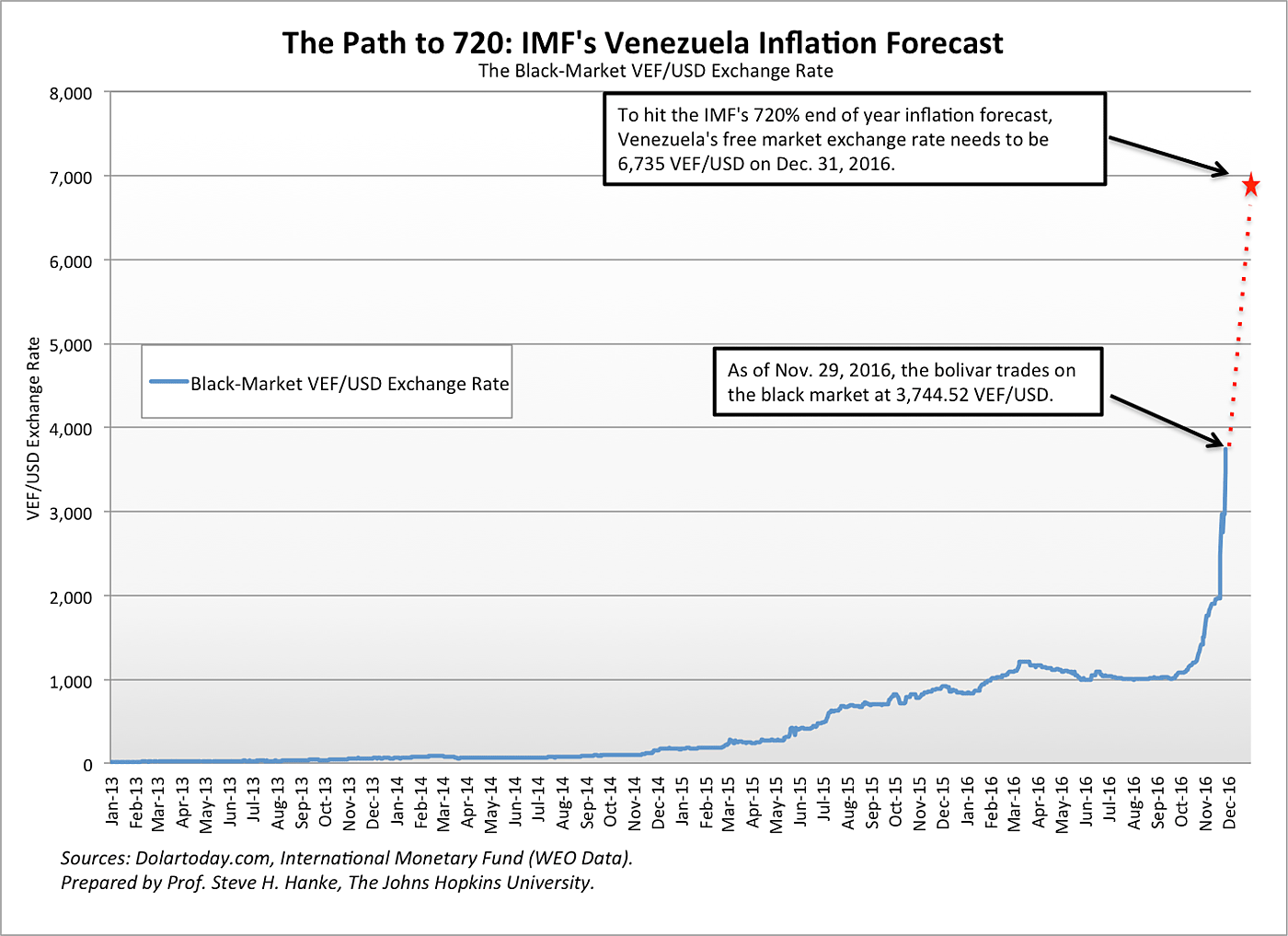 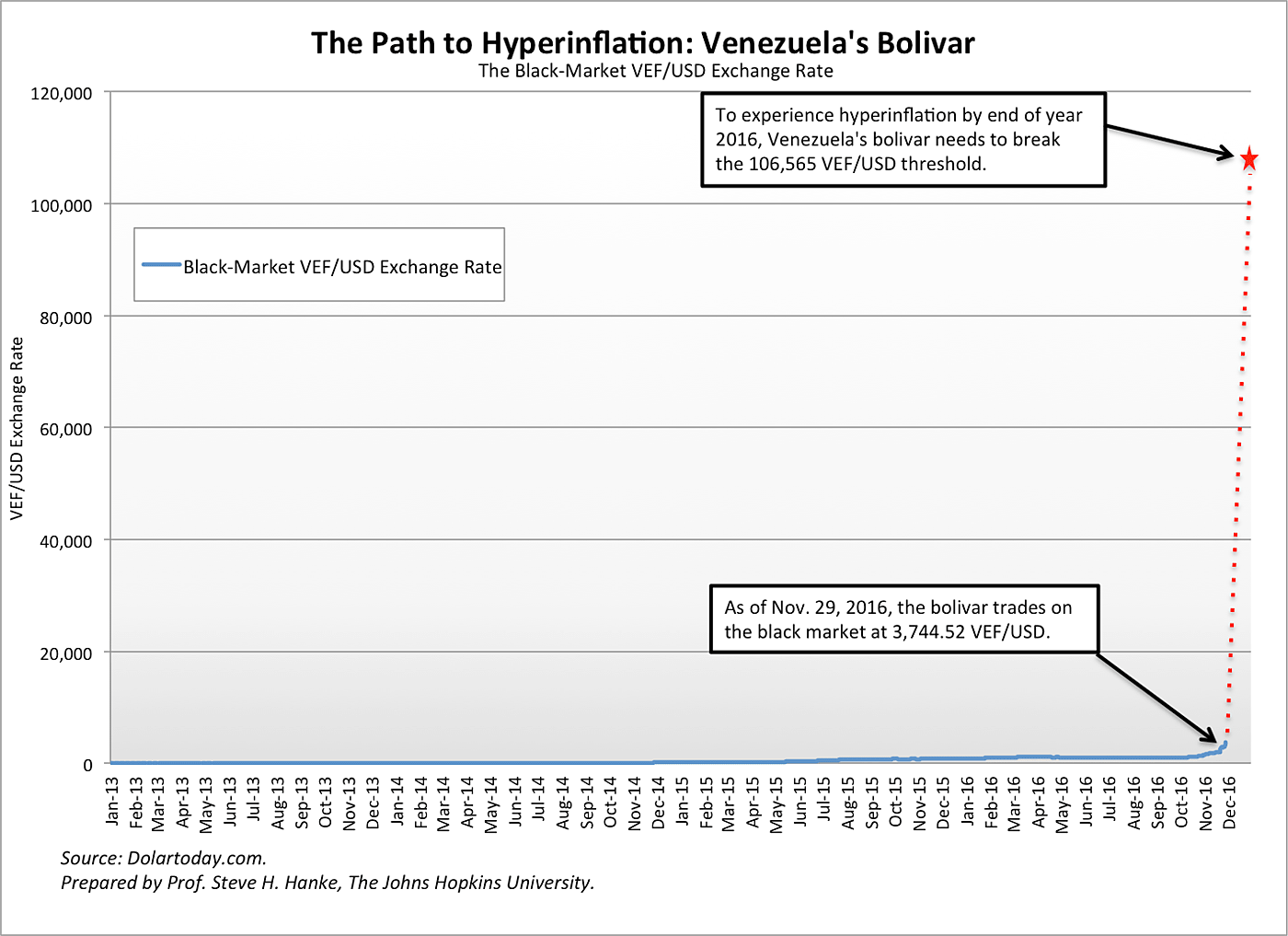