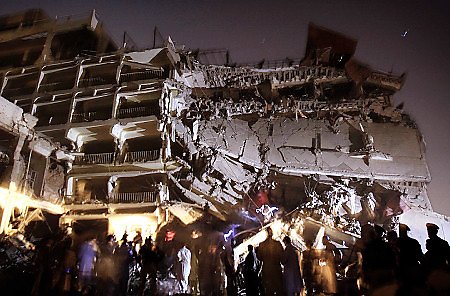 
Since the raid by the Pakistani government on the Red Mosque (Lal Masjid) in Islamabad in July 2007, a wave of revenge attacks against the army and the government has been launched by loose networks of suicide bombers. It’s possible, depending on the culprit, that the recent attack in Peshawar might have been retribution for the Pakistan army’s month‐​long offensive against extremists in the country’s northwest districts.


While the United States hopes to eliminate the threat from extremists in Afghanistan and Pakistan, the knock‐​on effects from U.S.-NATO efforts to stabilize Afghanistan destabilize Pakistan. America’s presence in the region feeds Pakistan’s insurgency. If America’s interests lie in stabilizing Pakistan, and ensuring that the virus of anti‐​American radicalism does not infect the rest of the country, the fundamental objective should be to get out of Afghanistan in a reasonable time frame.