A chart in the new budget—reproduced below the jump—shows that Canada now has the lowest marginal effective tax rate on business investment among major economies. It also shows that the U.S tax rate of 34.7 percent is almost twice the Canadian rate of 17.5 percent.

These “effective” tax rates take into account stated or statutory rates, plus various tax base factors such as depreciation schedules. Skeptics of corporate tax rate cuts in this country often say that while the United States has a high statutory tax rate of 40 percent, we have so many loopholes that our effective rate is low. The new Canadian estimates show that is not true: the United States has both a high statutory rate (which spawns tax avoidance) and a high effective rate (which kills investment).

For the solution to this problem, see here. 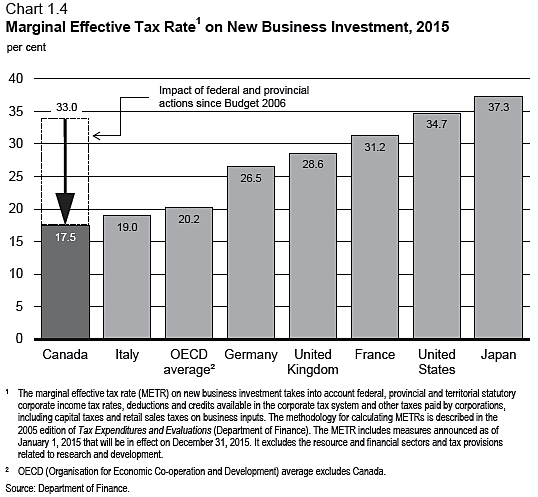