The evidence is in. And it's great news for kids in charter schools. A just-released study by my colleagues at the University of Arkansas and me finds that, overall, public charter schools across eight major U.S. cities are 35 percent more cost-effective and produce a 53 percent higher return-on-investment (ROI) than residentially assigned government schools. 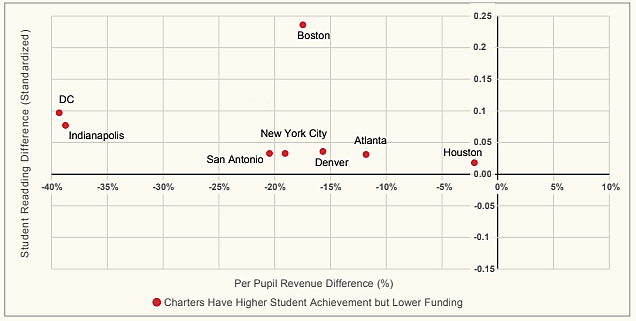 Our ROI models consider the effect that each schooling sector has on children’s lifetime earnings relative to the total taxpayer investment for children’s K-12 education in each sector. As shown in Figure 2 below, charter schools provide a huge ROI for taxpayers. And D.C. charter schools are knocking it out of the park by producing an 85 percent higher ROI for their taxpayers than district schools.

Let’s make this a bit more concrete. The data show that every thousand dollars spent on education in D.C. district schools translates to around a $4,510 increase in students’ lifetime earnings. That is commendable. But that same thousand-dollar-expenditure produces an estimated $8,340 in students’ lifetime earnings if allocated to a public charter school in the city. And that 85 percent advantage is huge considering that taxpayers spend over $458,000 for each child’s K-12 education in D.C. district schools. 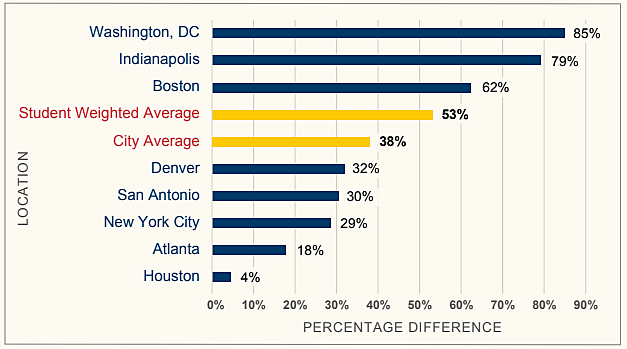 But these results shouldn’t surprise anyone. When educational institutions have the incentive to spend money wisely, they do just that. Because residentially assigned government schools do not have to attract their customers, they can spend tons of money on administration and fancy buildings. On the other hand, charter schools must spend money on kids – rather than administrators – if they want to keep their doors open.