Upon Further Review, the Spending Stands as Called

Last week I wrote about an op‐​ed in the Washington Post claiming that “public funding for schools has actually decreased since the late 1980s, adjusting for constant dollars.” I furnished the graph below illustrating how completely that flew in the face of available evidence, and folks like Reason’s Corey DeAngelis and Heritage’s Lindsey Burke did the same, and much more. 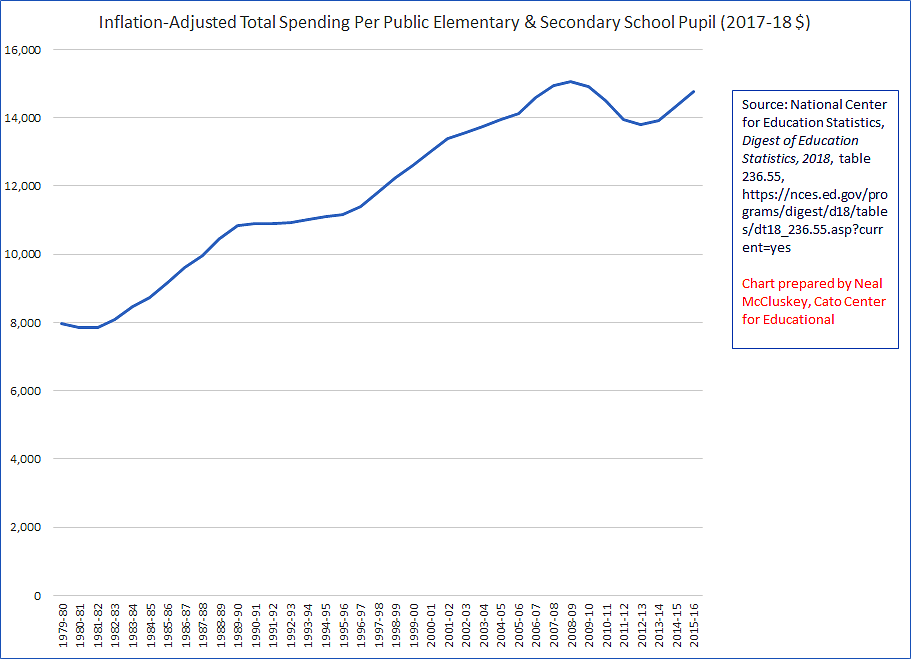 Well all the scrutiny to the claim (and some dogged prodding by Corey) paid off: the Post issued a 180‐​degree correction this morning. (The picture below is courtesy of Corey’s incredibly energetic tweeting.) Hopefully word will quickly reach any readers who simply accepted the spending‐​cuts assertion: 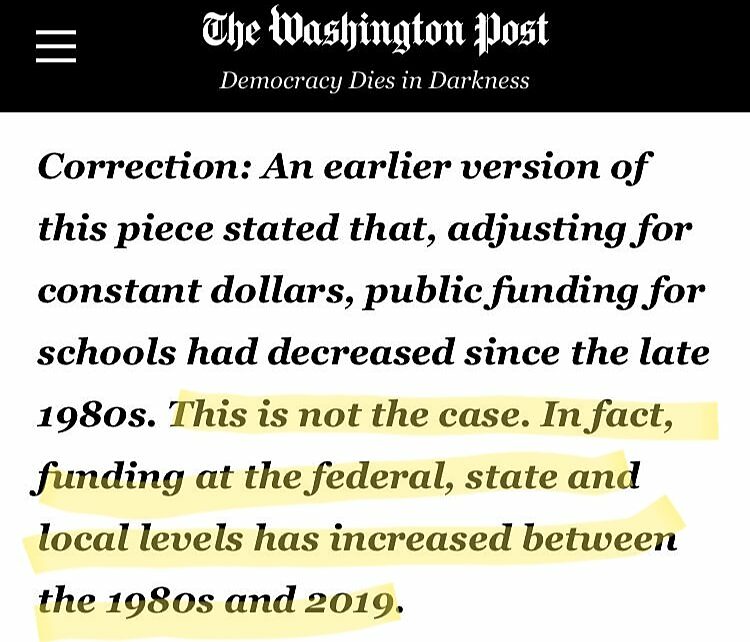 There is lots of room for interpretation in many public policy debates, including assertions of fact. But the idea that public funding for K-12 education has fallen since the 1980s simply does not reside in that generous space.