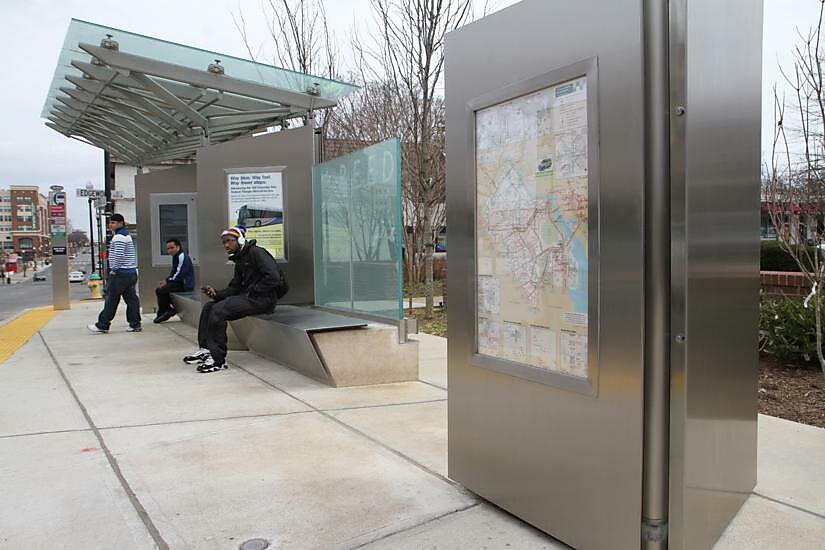 It looks like the cost of Arlington County’s gold-plated bus stop will be even higher than a $1 million. According to the Washington Post, taxpayers will also have to pay for an “independent contractor to review the cost and design” of the Transit Taj Mahal in Northern Virginia.

The bus stop is not actually gold-plated, but it does have “heated concrete flooring,” sort of like the lavish baths of the Roman Empire. But Roman baths were far more functional than this modern monument to bureaucratic excess:

“But it wasn’t just the cost of the bus shelter that upset residents. It took 18 months to build, and riders have said the slanted glass roof does not keep rain and snow off them while they wait for the bus.”

The probable cause of the boondoggle is that federal and state governments are paying for 80 percent of the costs of this bus stop and 23 planned sister stops. A “typical bus shelter costs between $10,000 and $20,000” notes the Post. But these shelters—which don’t even provide shelter from rain and snow—are expected to cost $900,000 each.

If we want better governance, we need to create better incentives for politicians. The Transit Taj Mahal is a microcosm of the overspending problem caused by government-to-government subsidies. Abolishing the federal aid-to-state system would go a long way toward generating better fiscal decisions at the state and local levels.

As for the $1 million bus stop, how about Arlington officials pay for the “independent contractor” review out of their own pockets, rather than imposing that added burden on taxpayers?