In a recent bulletin, I argued that public‐​sector unions impose various costs and burdens on state and local governments. Here is some more evidence.


The variables are correlated — as the union share increases, a state tends to have a higher government debt load. The chart shows the fitted regression line in pink dots (R-square=0.27; F-stat=18; t‐​stat on the union share variable=4.2).


(Thanks to Amy Mandler for data help and Andrew Biggs for suggestions. Andrew’s work on state debt is here). 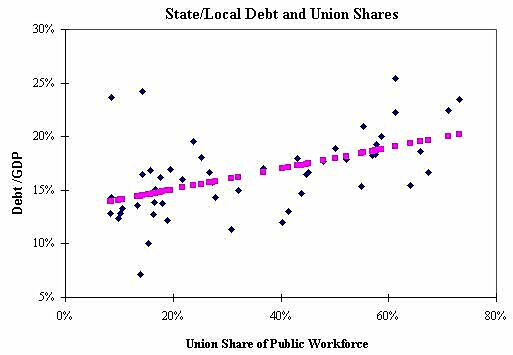