I wasn't in the mood Friday to celebrate the 73rd birthday of the federal minimum wage, created under the Fair Labor Standards Act of 1938.  Looking at youth unemployment numbers can be a little depressing.   Those figures should, however, sober up anyone who is still drunk under the spell of thinking the minimum wage has no impact on unemployment. 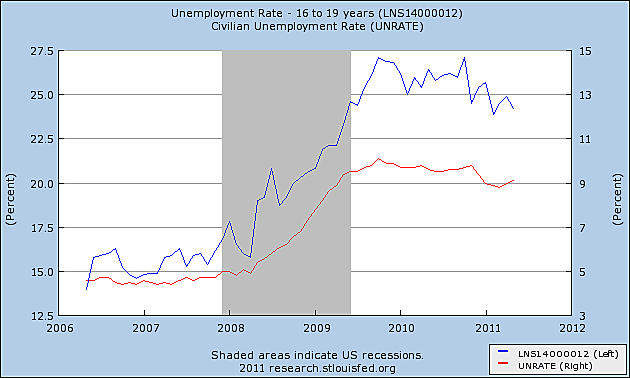 For a great review of the historical evidence, I suggest David Neumark's book Minimum Wages.  And yes, I've read David Card's studies, which I think have tons of problems, but that is beyond the discussion here.  The bottom line should be that in a free society, whatever two consenting individuals agree to, should be respected, whether its marriage or the contours of a labor contract.