Recently, Donald Trump announced a team of economic advisers. One of them is Dan DiMicco of Nucor Steel. When DiMicco offered up a tweet about trade, I thought this might be an opportunity to engage him and try to learn more about Trump's trade views, which are protectionist in tone but lack much detail. Here's how the exchange went, minus a couple tweets that I left out to keep this post shorter.  (Spoiler: He didn't seem to know much about the substance of trade law!)

In response to his initial tweet, I asked for some specifics on how Trump's trade deals would be different from existing trade deals: 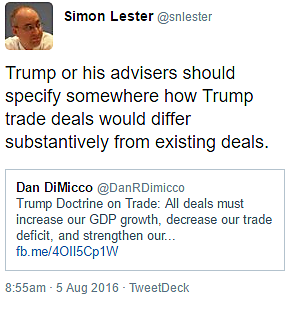 He referred me to the "7 point plan" Trump had previously announced: 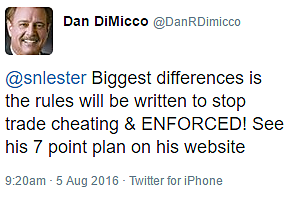 So, I picked one of the points -- Trump's suggestion to renegotiate NAFTA -- and followed up with a request for details: 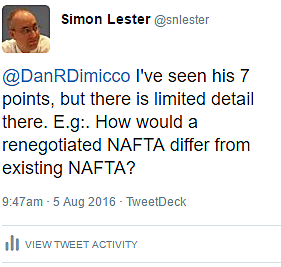 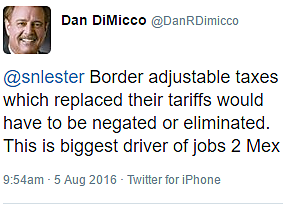 I suspected he was confusing a couple different trade issues, and that he was actually referring to something outside of the NAFTA context, because "border adjustable taxes" is an issue broader than NAFTA. It is usually raised in the WTO context, in relation to the use of a territorial tax system in many countries (but not in the U.S.), although the impact of "border adjustable taxes" on trade is questionable. So I tried to help him along: 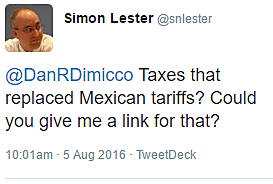 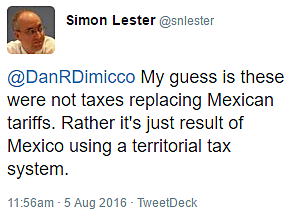 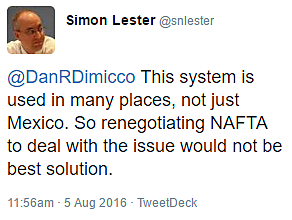 But he insisted I was wrong, and that he really had in mind something Mexico was doing: 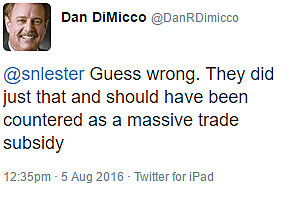 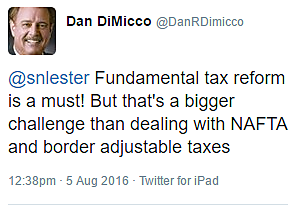 Since he wanted to keep insisting on his point, I asked for some more specifics on Mexico's actions: 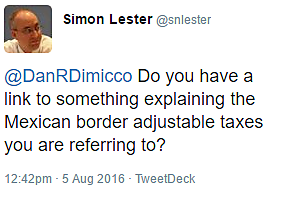 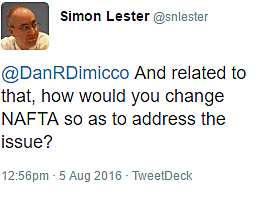 In response, he tweeted this:

I couldn't figure out what he was going for here, so I followed up: 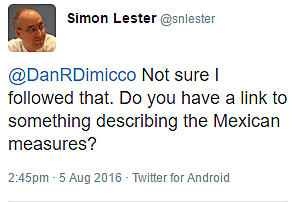 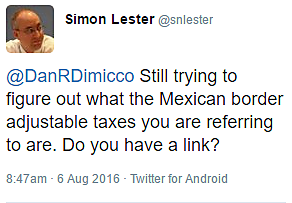 He finally gave me some links: 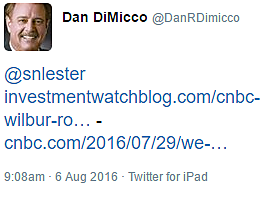 But neither link offers any specifics on this issue in relation to NAFTA, and instead indicate that what he really had in mind was most likely the territorial tax issue I mentioned.

So I kept pressing a bit more. I asked several times for more details: 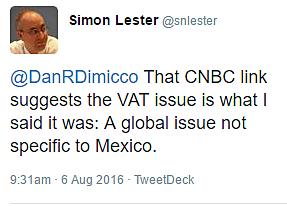 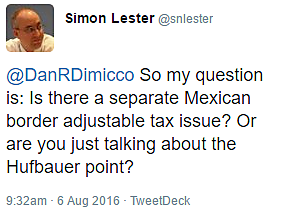 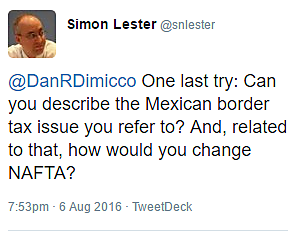 Finally, he ended the conversation with this: 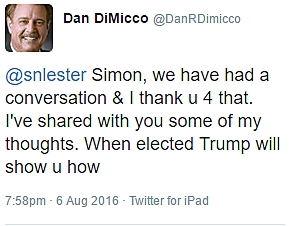 A conversation like this leaves you very puzzled. Trump says he wants to renegotiate NAFTA. Yet neither he nor his advisers can explain what they want to change. It's not a hard question. I can think of quite a few things I'd change about NAFTA! No trade agreement is perfect. My main take away is this: When Trump's trade advisers are unable to explain the basic details of Trump's trade policy, it's no wonder that Trump sounds so uninformed and incoherent when he talks about trade.