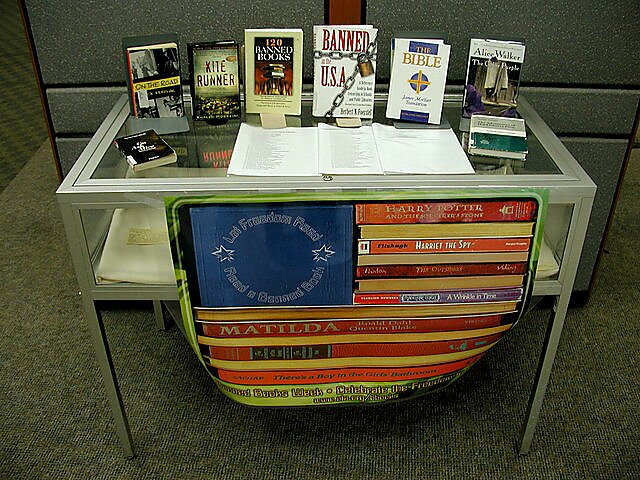 We are in the midst of “Banned Books Week,” a time dedicated not so much to shining light on books that have actually been banned—that no one may legally read—but that parents object to their children being forced or encouraged to read by the public schools for which they must pay and, de facto, use. Such parents are frequently accused of “banning,” but are often really objecting to a public school—a government school—pushing their children to read material they think violates their religious convictions, is offensive, or is just age-inappropriate. They aren’t trying to ban books, they are trying to escape government-privileged reading they do not think is right for their kids. It is parents doing what school boards, librarians, and teachers do whenever they assign or purchase one book, and reject another.

The more basic violation is not parents objecting to books—a free society lets people freely choose what they read, and parents are the guardians of their children—but government placing some people’s speech above others. Indeed, public schools are supposedly democratically controlled, so in theory every parent is supposed to be able to raise objections to any book, and if they can convince a majority to remove it that is supposed to be just fine. But the country is not supposed to be a democracy. Rather, it is built on individual liberty that is to be defended even against—perhaps especially against—the majority will.

But how do you protect liberty with a public schooling system? How can one elementary school, or district, to which people are assigned based on their home address, tailor instruction and readings to each individual family and child?

The answer is it can’t, and one consequence is wrenching, divisive conflict. You can get a sense for this with Cato’s interactive Public Schooling Battle Map, which contains summaries of more than 220 book battles in public schools. And the map only contains conflicts that have made headlines or been reported to the American Library Association. Likely many others have occurred that did not make the news, and no doubt many parents object to readings but do not feel they can fight.

Worse than conflict is the treatment of families, and often whole communities, as second-class citizens, forced to fund teaching they find inappropriate or just plain wrong. Perhaps this is the most powerful reason that “Banned Books Week” should be changed to “Educational Freedom Week.” (Of course we already have School Choice Week, but the more, the merrier!) The key to treating all speech and people equally is to not make anyone fund decisions that inherently privilege one person’s speech—their ideas and values—over another’s.

This can be done to some extent with vouchers—let families use the money for their children’s education at schools that share their values—but even better with scholarship tax credits or tax credit-funded education savings accounts. The latter vehicles not only give families choice, but funders, too. People would choose whether or not to donate, and in the best plans, to whom.

Such freedom would defuse conflict and promote equality not just concerning reading assignments and school library content, but all of the other things the Battle Map shows people fighting over in public schools, including bathroom access, dress codes, hairstyles, human evolution, Mexican-American history, prayer at graduation, sex education, NRA t-shirts, schools named after Confederate generals, “Bong Hits for Jesus,” International Baccalaureate…and so on.

We have a much more fundamental problem than “banned” books. We have an education system that is inherently unequal and conflictual, and we need to fix it. We need educational freedom for all.