Trump’s Victory Is a Mixed Bag for China 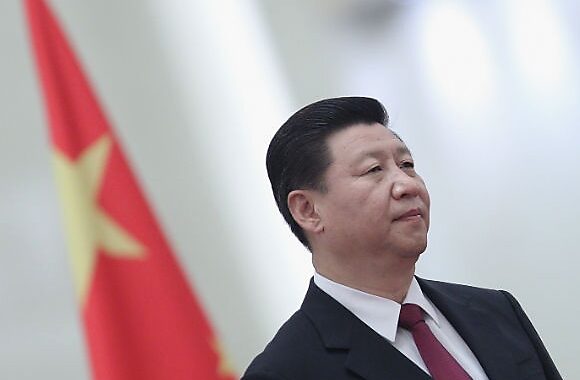 Donald Trump’s upset victory over Hillary Clinton last night is bound to stir up fears of instability and uncertainty in East Asia, a region that was almost entirely ignored during the campaign. Commentators have rushed to predict that Trump’s campaign rhetoric will turn into reality: the United States will pull back from East Asia, and China will take advantage of the ensuing chaos to seize geopolitical dominance of the region. This morning James Palmer at Foreign Policy writes, “Chinese leaders near me in the palatial complex of Zhongnanhai are surely cracking open the drinks.” This is a pretty scary vision of the future. However, such assessments, which focus solely on Chinese benefits, don’t take into account the complex nature of U.S.-China relations.

President Trump is by no means a clear victory for China. The uncertainty created by his victory could easily produce an economic and geopolitical climate that damages Chinese interests. For example, three of the seven points in Trump’s Plan to Rebuild the American Economy mention policies that would hurt the U.S.-China economic relationship: labeling China a currency manipulator; bringing trade cases against China in the World Trade Organization; and imposing tariffs in response to “illegal activities.” Igniting a trade war with China would pose a severe risk to China’s economy, which is already slowing down. Trump’s stated policies would likely deepen China’s economic woes, thereby increasing the domestic instability that Beijing is obsessed with avoiding, especially in the lead-up to the 19th Party Congress in late 2017.

In the realm of geopolitics, Chinese gains in the conventional balance of power resulting from a reduced U.S. commitment to traditional allies could be offset if other regional states turn to nuclear weapons. America’s regional partners have started to improve their conventional self-defense capabilities, but it will take a good deal of time and money to get their militaries to the point where they can resist Chinese coercion without U.S. help. With this in mind, and given the recent nuclear saber rattling by North Korea, if Trump starts shedding U.S. alliance commitments then partners may turn to nuclear weapons to defend themselves.

Japan would likely be the first country to develop a nuclear weapon in such a scenario. Its limited conventional capabilities create a pressing need for a deterrent if the United States would not come to its rescue, and its highly-developed nuclear energy program makes it relatively easy for Japan to acquire the materials it would need. It would still take a good amount of time for Japan to develop such weapons. For example, a 2006 article by Jeffrey Lewis at the Arms Control Wonk blog suggested a timeframe of 3–5 years. If Japan goes down this road, there is a chance that neighboring countries, such as South Korea, would also push for their own nuclear weapons. While Japan would face enormous resistance to nuclear weapons development, support for having nuclear weapons among lawmakers has increased in recent years in response to growing tension in East Asia. A nuclear-armed Japan is completely anathema to Chinese security interests, and would be a serious setback for China’s geopolitical position in East Asia.

While this analysis is almost purely speculative at this point, there is a case to be made that the Trump administration will not be as good for China as many commentators have suggested. China could reap some benefits from a United States occupied with domestic political turmoil and a president that disdains alliance commitments. However, the economic and geopolitical uncertainty that could be unleashed by his victory should curb Beijing’s enthusiasm. As Isaac Stone Fish recently stated in Foreign Policy, “the Chinese elite seem to prefer Trump’s opponent because they feel she would be better … [for] global stability, which remains of great importance to Beijing.” The officials in Zhongnanhai should save those drinks for another day.