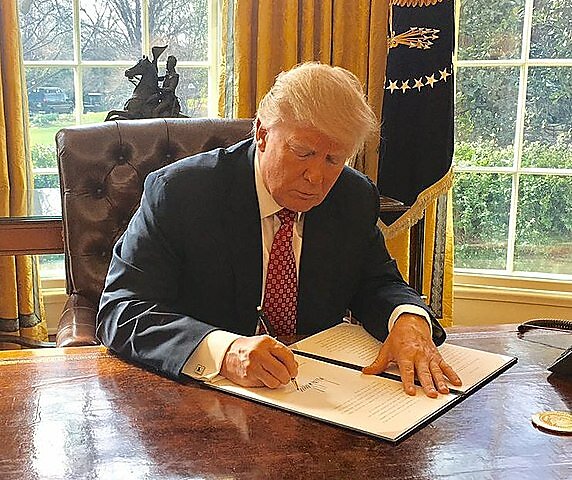 President Trump’s hotly anticipated executive order on college free speech—brought to a fever pitch with his comments at this year’s CPAC—is out. It’s actually kinda several orders in one, with free speech on the main stage, but college outcomes data, and a bunch of studies—including of “skin in the game”—on the sides. Here are some quick thoughts on all three parts.


Conservatives, especially, have become disgusted with what they have seen as an increasingly aggressive, politically‐​correct culture on American campuses, and not without some justification. The order, as you could glean from the White House signing event, was almost certainly motivated by that. But as far as the words of the order go, it seems restricted to combatting college policies, not cultures. Free speech zones, administrators prohibiting certain speakers, etc. Crucially, it treats public and private institutions differently, understanding that public colleges are fully subject to the First Amendment, while private colleges are beholden to what they promise their customers. If they say they are going to allow the free exchange of ideas, they need to do that, but if they are forthright about their speech codes, no problem.


The danger lurks in the order’s generality. It directs multiple federal agencies to “take appropriate steps, in a manner consistent with applicable law, including the First Amendment, to ensure institutions that receive Federal research or education grants promote free inquiry.” Sounds good, but it doesn’t spell out what that means. Could it result in agencies saying free inquiry requires intellectual “balance” among invited school speakers, or something similarly intrusive? What if all agencies have their own, differing definitions? And as Sen. Lamar Alexander (R-TN) suggested, isn’t speech protection more the bailiwick of the Department of Justice than Energy, or the National Science Foundation?


The order calls for the Department of Education to create a new website and mobile app so borrowers can easily check data on their students loans, which is fine if you (wrongly) accept that the feds should be in the student loan business. Also, it requires that the College Scorecard, launched during the Obama Administration, add data on program‐​level, rather than just school‐​level, outcomes such as graduate earnings.


Data publication is one of the less dangerous things Washington does, but it still has pitfalls, especially the likelihood the data will be politically cherry‐​picked instead of used to inform.


A longstanding proposal, championed by many people who understand the root problems of higher education, has been for colleges to bear some cost for defaulted loans. As it stands now, most schools have little incentive to turn away federal bucks‐​bearing students, no matter how unlikely to complete their studies they may be. Schools get paid no matter what, meaning student aid is all upside for colleges. The “skin in the game” goal is to incentivize schools to better vet potential matriculators, or maybe do a better job educating.


Two problems. First, this blames institutions when the crux of the problem is elsewhere: Washington gives bundles of money to just about anyone who wants them, without seriously assessing their ability to handle the programs they plan to enter. It’s at the point of the initial loan where the vetting should occur, to the benefit of both the would‐​be borrower and the true lender: the American taxpayer. Second, politically favored schools such as community colleges would probably quickly be identified for exemption. Thankfully, as the heading of this section telegraphs, the order just calls for a study of ways to implement such a proposal.


The other areas for study are pretty innocuous, as far as federal education intervention goes. The Secretary of Education is to study and report on better ways to collect on defaulted loans, and to formulate ideas to increase college completion based on what’s worked in states and institutions.


All in all, the order’s not the worst thing we could have gotten, but there are ample causes for concern.