Joe Biden’s campaign site says, “President Trump spent the remainder of his first year in office fighting for a $1.5 trillion tax giveaway primarily for large corporations and the wealthy … But middle‐​class Americans were largely left out.” This refers to the Tax Cuts and Jobs Act (TCJA) signed into law by Trump in 2017. 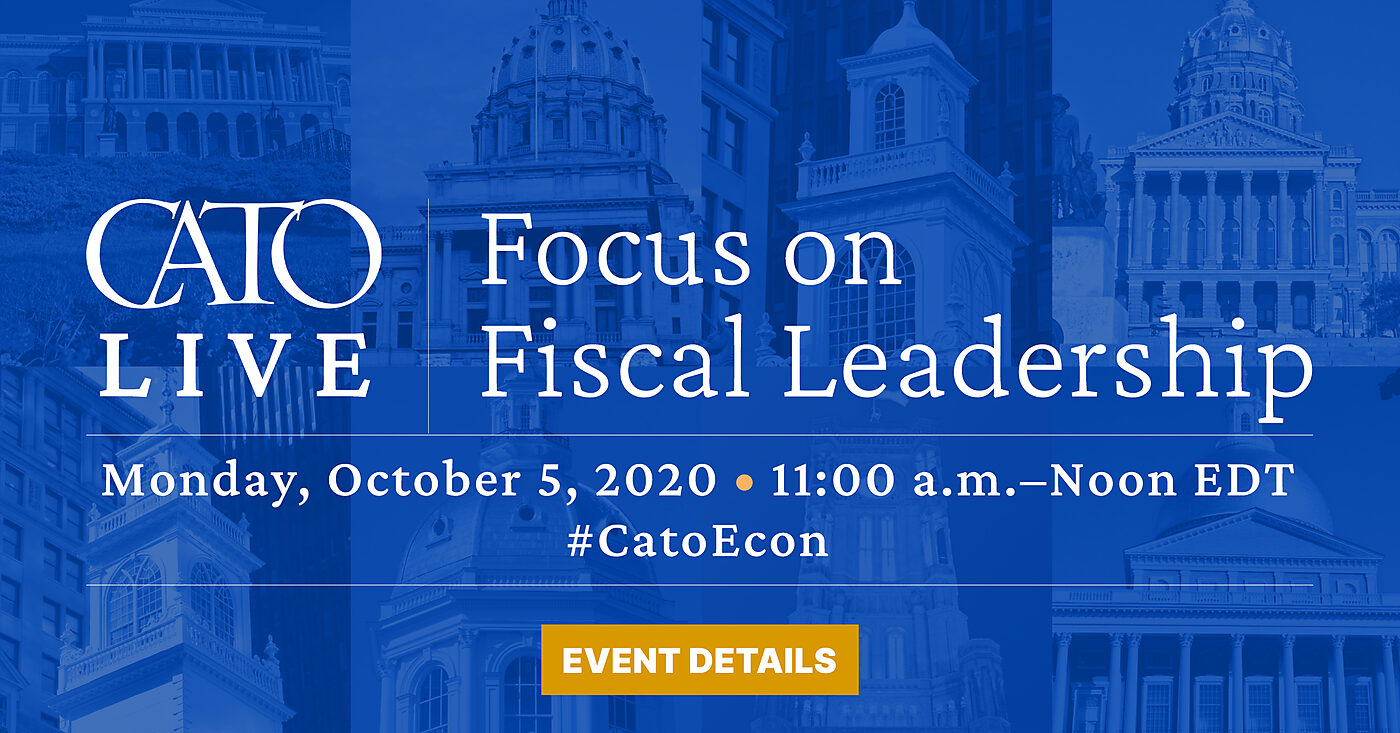 Focus on Fiscal Leadership: Release of the 2020 Fiscal Report Card on America’s Governors

Going into 2020, the United States was in its 11th year of economic expansion and state governments were enjoying robust revenue and spending growth. Then COVID-19 hit and triggered a deep recession, which has created new budget challenges for the nation’s governors. That is the backdrop to this year’s 15th biennial Fiscal Report Card on America’s Governors, which grades them based on their tax and spending policies. Please join us for a conversation with New Hampshire Governor Chris Sununu about this year’s report and the importance of fiscal restraint in state government.

In my view, the PW estimates show that this Biden claim is not correct. The table below shows the PW estimates of effective tax rates in 2021 with and without the TCJA. I added a column showing the percentage tax cut for each group. For the bottom group, for example, the law cut the tax rate from 2.5 percent to 1.1 percent, which is a 56 percent tax cut.

The TCJA provided the largest percentage tax cuts to the bottom two quintiles—that is, the bottom 40 percent of U.S. households. All other groups received roughly similar percentage cuts ranging from 8 to 13 percent. It is not true that middle‐ or lower‐​income groups were “largely left out” of the Trump tax cuts. 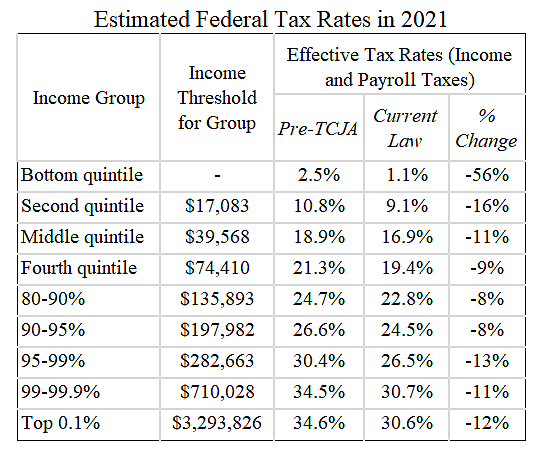 Biden talks a lot about fairness in tax policy. His campaign site says, “As President, Biden will require corporations and the wealthiest Americans to finally pay their fair share.” At the Democratic convention, Biden said “it’s long past time the wealthiest people and the biggest corporations in this country paid their fair share.” Leftist politicians never say what that fair share is exactly. Fairness seems to be whatever the wealthy are paying now plus a lot more.

The chart below shows the PW estimates of effective tax rates in 2021 under current law and the Biden plan. Fairness is an opinion, but it seems far left to not perceive today’s highly slanted tax distribution as insufficiently progressive. Under current law, households at the top pay an 81 percent higher tax rate than households in the middle quintile. They pay three times the rate as those in the second quintile and more than 20 times the rate as those in the bottom quintile.

Households at the bottom pay virtually nothing, while households at the top pay almost a third of their incomes in federal taxes, on average. The New York Times reports that Donald Trump pays little in income taxes. If true, Trump’s taxes are a rare exception to the heavy burden that most high earners face, as reflected in the overall statistics.

What is tax fairness? My starting point would be the simplest possible system with a single rate and equal treatment of individuals and industries. The simpler the system, the easier it would be for the IRS to collect taxes on high earners such as Trump. Unfortunately, both parties in Congress have conspired to impose a tax system of ghastly complexity, which has made it easier for some high earners to slip through the cracks. 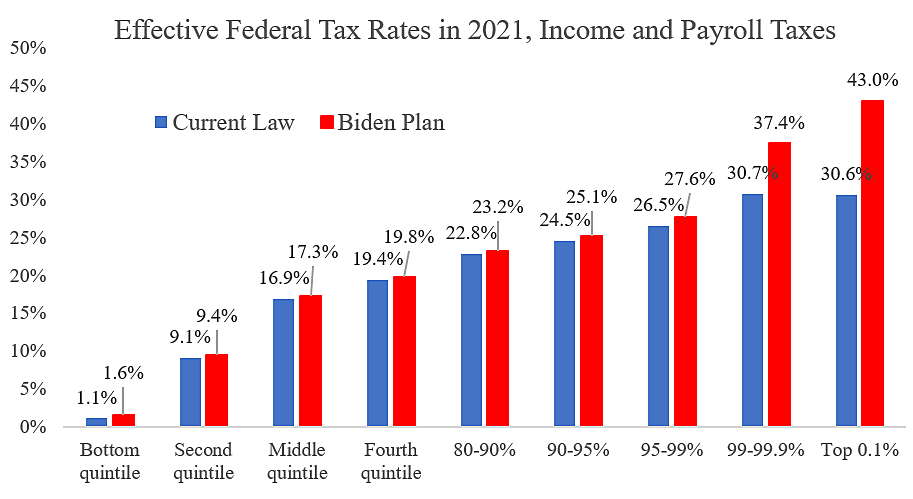 Note: in its appendix, PW presents estimates of the Biden plan including proposed changes to tax credits, which makes the Biden plan’s distribution even more progressive than shown here.