The Trial of “Citizen Trump”

Even if some senators started to tune out yesterday, the House impeachment managers got off to a very strong start in the second impeachment trial of (now‐​ex) president Donald Trump. Their first‐​day presentations were so compelling, in fact, that one Republican senator, Bill Cassidy of Louisiana, briefly forgot the line of work he’s in, actually listened to the arguments, and pronounced himself convinced. At the end of January, Cassidy had voted for Sen. Rand Paul’s motion to kill the proceedings on the grounds that you can’t try an ex‐​president; on Tuesday, however, he switched to “yea” on the question “Is Former President Donald John Trump Subject to a Court of Impeachment for Acts Committed While President?” 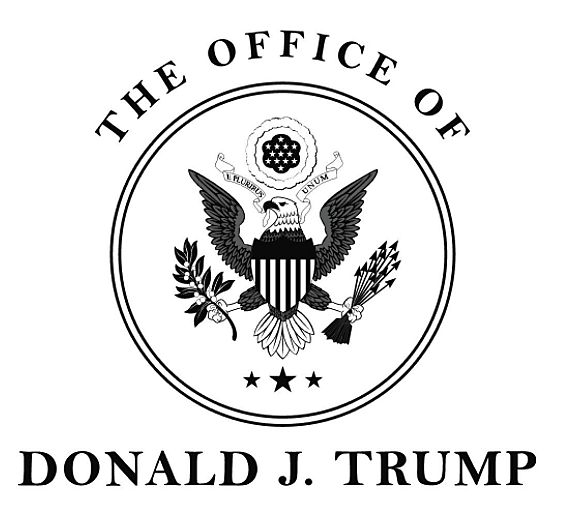 That switch seems unlikely to make a difference, however. The six Republicans who voted to affirm the Senate’s jurisdiction here are a plausible upper limit for GOP votes to convict, and it takes 17 to get to two‐​thirds. Right now, most of their copartisans are clinging to the jurisdictional argument like a life preserver. “Chilling as the events of Jan. 6 were,” Sen. Mike Rounds (R-SD) told Politico Wednesday, “most of us don’t believe we have the constitutional authority to impeach a private person.”

That’s a defensible position constitutionally, even if it also serves as a convenient rationalization for avoiding an uncomfortable vote on the merits. But, for reasons I’ll explain below, I don’t think it’s the best reading of the constitutional text, structure, and history.

“A former President cannot be impeached: he is not the President anymore,” the Trump team declares in their trial brief. That’s “evident from our Constitution’s plain text”: see Article II, sec. 4:

“The President, Vice President and all civil Officers of the United States, shall be removed from Office on Impeachment for, and Conviction of, Treason, Bribery, or other high Crimes and Misdemeanors.”

There you have it, they insist: “Article II limits impeachment to current officials.” But Art. II, §4 doesn’t quite say that. It does, at a minimum, make removal, one of the two possible punishments (the other [from Art. I, §3, cl. 7] is disqualification), mandatory upon conviction. “If the Framers thought to prohibit the impeachment of former Presidents, this was a very indirect way of making the point,” observes Michael Rappaport, director of the Center for the Study of Constitutional Originalism. In fact, a good many constitutional originalists interpret that clause, and the Constitution’s other relevant clauses, differently. That in itself suggests the text doesn’t clearly settle the issue.

Moreover, we’re not impeaching “a former President.” Donald Trump was impeached as a sitting president, and, per Article I, §3, the Senate has “the sole power to try all impeachments.”

You could say it’s “evident from our Constitution’s plain text,” but I wouldn’t press the point that far. The Senate’s power to try an impeached former president after his term just isn’t one of those issues—like the minimum age for a president or the 2/​3s requirement for a Senate conviction—that’s incontrovertibly settled in the four corners of the document, and we shouldn’t treat it as such. We need to look at the history to determine how the relevant language would have been understood by knowledgeable observers at the time.

So: would late‐​18th century Americans have understood “impeachment” to denote a process, all stages of which have to be completed while the targeted official still holds his office? There’s very little reason to think so. As Michigan State University Law professor Brian Kalt notes in his comprehensive treatment of the subject, in 1781, “ex‐​governor Thomas Jefferson of Virginia was subjected to preliminary impeachment proceedings” for his performance during the Revolutionary War. In 1787, two state constitutions (Virginia’s and Delaware’s) only allowed the governor to be impeached once “he is out of office.” At the Philadelphia Convention, South Carolina’s Charles Pinckney argued, unsuccessfully, for a similar limitation at the federal level: that the president “ought not to be impeachable whilst in office.” The key exchange that led to the high crimes and misdemeanors language in Article II, sec. 4 kicks off with George Mason’s reference to the case of Warren Hastings, the former governor‐​general of India, impeached by the House of Commons just weeks before the Constitutional Convention began.

In fact, the very first federal impeachment case, a decade after the Convention, involved a former official, Tennessee Senator William Blount, charged with plotting “a military hostile expedition” aimed at seizing Spanish territory. The House continued to press the case before the Senate after that body had already expelled Blount for the same offense. The Senate dismissed the case for lack of jurisdiction, not, Kalt explains, “because of the fact that Blount had already left office,” but because Senators were not “civil officers” subject to impeachment. Even Blount’s lead defenders conceded that late impeachments could be constitutionally justified in some cases: as one of them put it, “I certainly shall never contend, that an officer may first commit an offence, and afterwards avoid punishment by resigning his office; but [in this case] the defendant has been expelled.”

One problem with the theory outlined by Trump’s attorneys is that it would allow exactly that: strategic resignations that render the disqualification penalty a dead letter. An impeached officer could even wait until just before the 67th vote to convict and render himself immune by shouting “you can’t fire me—I quit!” Since the Framers presumably wanted the disqualification penalty to mean something, this is the sort of absurd result that’s supposed to encourage you to check your work and wonder whether you’ve gotten the original meaning right.

It gets more absurd than that, however: Trump’s lawyers seem not to have noticed that, under their theory, an impeached officer wouldn’t even have to quit to render himself immune from disqualification. From their initial “Answer” to the charges:

Article I, §3 states “[j]udgment in cases of impeachment shall not extend further than to removal from office, and disqualification to hold and enjoy an office of honor…” (emphasis added). [R]emoval from office by the Senate of the President is a condition precedent which must occur before, and jointly with, “disqualification”to hold future office[.]

How removal is supposed to occur both “before” and “jointly with” disqualification—which requires a separate vote—isn’t quite clear. But the Trump team’s point is that since the Senate can’t remove citizen Trump (losing the election did that for them), they can’t disqualify him either. It’s all in the “and.”

But as conservative legal luminary Charles Cooper pointed out recently, if Trump’s lawyers were right about that, it would mean you couldn’t disqualify anyone: “The formal Senate procedures for impeachment trials [state] that a two‐​thirds vote to convict “operates automatically and instantaneously to separate the person impeached from the office.” Indeed, Trump’s lawyers write in their brief that “when a person ceases to hold an office, he immediately becomes a private citizen, impervious to removal, and therefore to impeachment and trial by the Senate” (emphasis added). If that’s the case, he’s also impervious to disqualification. Turns out the DQ penalty has been a dead letter from the start. Who knew?

Of course, the Trump team offers their own parade of horrible consequences that will supposedly ensue from the Senate trial of an ex‐​president: “we could expect dozens more [such impeachments] to follow from potentially both sides of the aisle.” For instance, they warn, the House might impeach Joe Biden for his role in “the Russia Hoax” or former Secretary of State Hillary Clinton for her emails. Somehow, you get the sense that they’re not being entirely sincere.

In any event, this alleged Pandora’s Box has been open for quite a while. It’s been 144 years since the Senate officially ruled that late impeachment trials are constitutional, and we’ve yet to see an impeachment feeding‐​frenzy directed at former officials. No doubt that’s because impeachment is a cumbersome, awkward weapon: the proverbial “one‐​hundred ton gun which needs complex machinery to bring it into position, an enormous charge of powder to fire it; and a large mark to aim at.” Late impeachments usually aren’t going to be worth the effort in anything other than extraordinary circumstances, like, say, when a desperate president in the final days of his term spins up a violent mob hoping to intimidate Congress and his own vice president into overturning the results of an election he lost.

That’s what’s at issue here. The best reading of the text, structure, and history of the Constitution’s impeachment clauses suggests the Senate has jurisdiction in this case. Is it too much to ask that GOP senators focus on the charges before them and follow the oath they’re required to swear: to “do impartial justice according to the Constitution and laws”?

Constitution and Law, Government and Politics, Politics and Parties, The American Founders