Tonight, starting at 8:30 p.m. EDT, CNN will host the first Democratic presidential primary debate of the 2016 campaign season, to be held at the Wynn Las Vegas and broadcast nationwide.

Cato scholars will be using #Cato2016 to live-tweet the debate, bringing insightful commentary and hard-hitting policy analysis to the discussion. 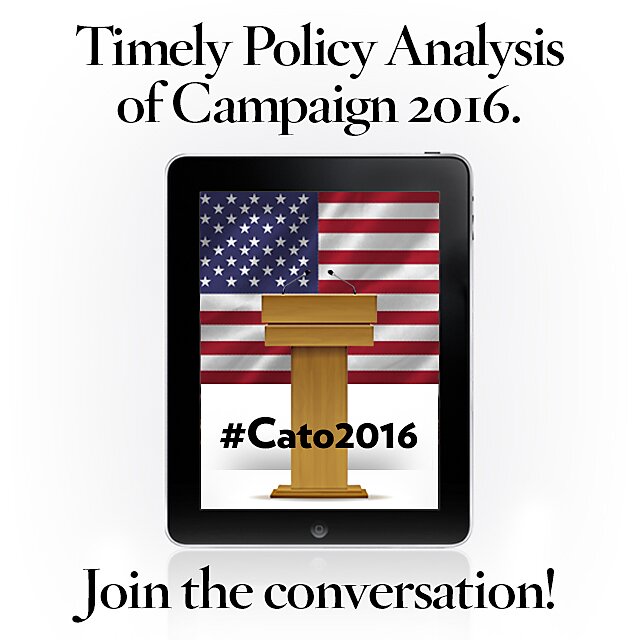 Tonight will kick off a series of six total scheduled Democratic primary debates to occur roughly once per month. Though a grassroots movement to increase the number of debates has been gaining momentum, the Democratic National Committee has remained firm about their proposed schedule.

“ Voters will have ample opportunities to hear our candidates discuss their visions for our country's future,” wrote DNC Chairwoman Debbie Wasserman Schultz in an August 6th post on Medium.

She further clarified her position at a September breakfast sponsored by The Christian Science Monitor, stating “We’re not changing the process. We’re having six debates...The candidates will be uninvited from subsequent debates if they accept an invitation to anything outside of the six sanctioned debates.”

Similar to the earlier GOP debates hosted by Fox & CNN, candidates had to average at least one percent support in a combination of three recognized national polls released between August 1st and October 10th to be invited to participate tonight.

Lincoln Chafee, Hillary Clinton, Martin O'Malley, Bernie Sanders, and Jim Webb will all be taking the stage, while Lawrence Lessig was unable to meet the cutoff.

While CNN has also extended an invitation to Vice President Joe Biden, provided he declares his intention to seek the Democratic nomination sometime today, he is expected to make his decision depending on what he sees on stage tonight.