The U.S. Constitution vests the legislative, executive, and judicial powers in separate branches of the government that are supposed to police each other. But what if one of those branches violates the law in a manner that personally benefits the members of another branch? That's what has been happening since the day ObamaCare became law in 2010. For more than five years, the executive branch has been issuing illegal subsidies that personally benefit the most powerful interest group in the nation's capital: members of Congress and their staffs. A decision today by the Senate Small Business & Entrepreneurship Committee not to investigate those illegal subsidies shows just how difficult it can be to prevent one branch of the government from corrupting members of another branch.

It is no secret that executive-branch agencies have broken the law, over and over, to protect ObamaCare. King v. Burwell challenges the IRS's decision to offer illegal premium subsidies in states with federally established health-insurance Exchanges. University of Iowa law professor Andy Grewal recently revealed the IRS is illegally offering Exchange subsidies to at least two other ineligible groups: certain undocumented immigrants and people who incorrectly project their income to be above the poverty line. Treasury, Health and Human Services, and other executive-branch agencies have unilaterally modified or suspended so many parts of the ACA, it's hard to keep count -- and even harder to know what the law will look like tomorrow. Even some of the administration's supporters acknowledge its actions have gone too far.

The longest-running and perhaps most significant way the administration has broken the law to protect ObamaCare is by issuing illegal subsidies to members of Congress.

When congressional Democrats passed the Patient Protection and Affordable Care Act (ACA), they were so desperate to pass a health care law that the ACA did not receive the scrutiny most bills do. Many members of Congress and their staffs were therefore surprised to learn that, as of the moment the president signed the ACA, that very law threw them out of their health plans. The ACA prohibits members of Congress and their staffs from receiving health coverage through the Federal Employees' Health Benefits Program. They remained free to purchase health insurance on their own, but they would have to do so without the $10,000 or so the federal government "contributed" to their FEHBP premiums. In effect, the ACA gave members of Congress a pay cut of around $10,000.

Big deal, you say. ObamaCare made lots of people take a pay cut and threw millions out of their health plans. Ah, yes, my friends. But those were little people. This is Congress.

Rather than risk Congress reopening the ACA to restore their lost health coverage -- because who knows what other changes Congress might make in the process -- the administration simply pretended that that part of the law didn't exist. The Office of Personnel Management announced that members of Congress and their staffs could remain in the FEHBP until the ACA's Exchanges launched in 2014. The president thus stuck to his promise, if you like your health plan, and you're a member of Congress, you can keep your health plan.

That still didn't solve the president's problems, however. The ACA says that as of 2014, the only coverage the federal government can offer members of Congress in connection with their employment is coverage created under the Act. In effect, that means Exchange coverage. But the law still cut off that $10,000 "employer contribution" to their health benefits. According to Politico, "OPM initially ruled that lawmakers and staffers couldn’t receive the subsidies once they went into the exchanges." After the president intervened, OPM just ignored that part of the law and started issuing (illegal) subsidies on the order of $10,000 to hundreds of individual members of Congress and thousands of individual congressional staffers.

Note too the eerie parallel to King v. Burwell: an executive-branch agency ignores the clear language of the ACA to issue health-insurance subsidies to people that just happen to have the effect of preventing Congress from reopening the law. The OPM's illegal subsidies are thus indistinguishable from personal bribes to members of Congress.

Offering these subsidies to members of Congress violates the ACA in at least one other way as well. The ACA prohibits employers from making contributions to their employees' coverage through the Exchanges that serve individuals. (The law's technical term for them is "American Health Benefits Exchanges.") So the administration let members of Congress enroll through the ACA's Small Business Health Options Program Exchanges, or "SHOP Exchanges," where employers can make contributions to cover their workers' premiums. The problem here is that the "S" in "SHOP" stands for small business -- i.e., firms with fewer than 50 employees. Yet the OPM and the D.C. SHOP Exchange, where thousands of members of Congress, their staffs and their dependents have purchased coverage, are pretending that Congress is a small business with fewer than 50 employees. 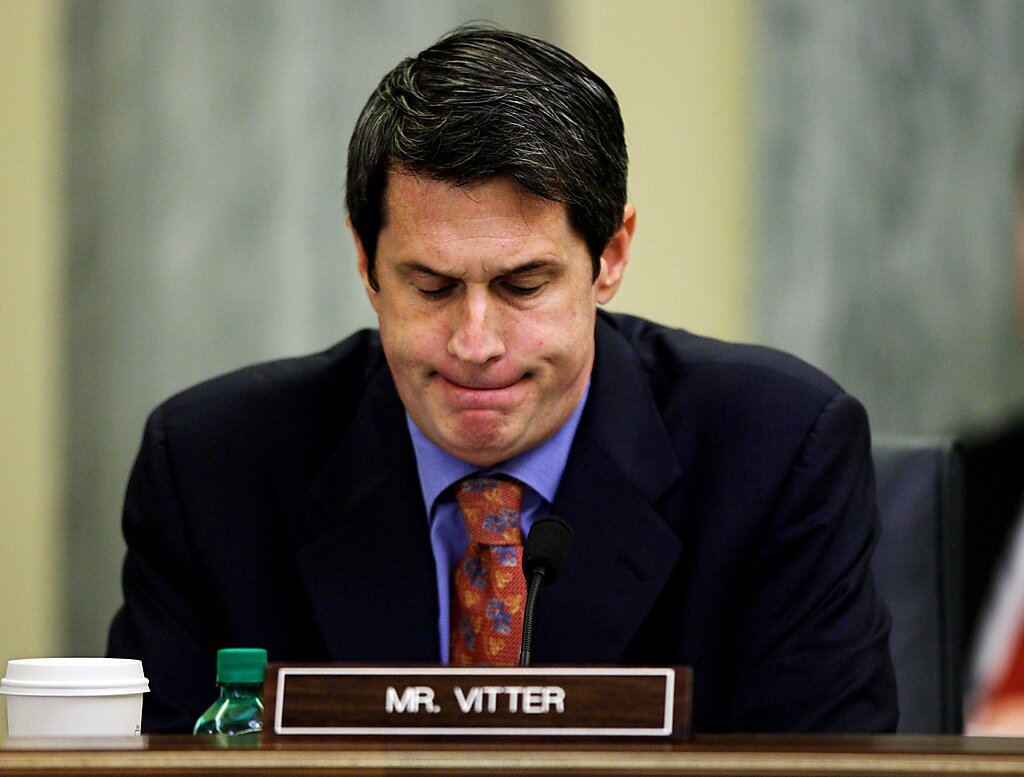 Which brings us back to the Senate Small Business & Entrepreneurship Committee. Committee chairman David Vitter (R-LA) has been waging a lonely battle to end these bribes. After suffering numerous setbacks, Vitter now seeks to shine sunlight on how these bribes happened. He wants to subpoena documents relating to OPM's claim that Congress is a small business. You would think Republicans, who outnumber Democrats on the committee 10-9, would gladly join Vitter in exposing the administration's malfeasance. Ending Congress' special ObamaCare exemption -- i.e., the bribes individual members of Congress and their staffs are receiving not to reopen ObamaCare -- polls off the charts. More than 90 percent of voters believe this exemption is unfair. I mean, c'mon. The rap against congressional Republicans is that they are hyper-partisans who will do anything to take down President Obama and/or ObamaCare. You would think this would be too good an opportunity for those rabid partisans to miss.

You would be wrong.

Today, five committee Republicans voted with all nine Democrats to quash Vitter's subpoena effort. Someone should ask the 14 senators who voted to keep the truth hidden whether they are personally receiving one of those illegal subsidies, and if so, the precise dollar amount.

I was not all that surprised by the result. I have spoken to many GOP staffers, including leadership staff, about how these illegal subsidies are immoral and standing in the way of ObamaCare repeal. Their faces freeze the moment I raise the subject. Often, they don't say another word and leave the room as quickly as they can. I understand their fear. They have families. Mortgages. Illnesses. To them, ending these illegal subsidies seems like a $10,000 hit to their annual income.

Fortunately for them, they are mistaken. If those subsidies disappeared, Congress would reinstate them so quickly your head would spin. Congress would even provide back pay that would make members and staff completely whole. The absolute certitude of that outcome is exactly why the administration chose not to enforce this part of the ACA in the first place. They knew that members of Congress -- Republicans and Democrats alike -- would be so desperate to serve their own interests by reinstating that employee benefit that Republicans could insert important changes to ObamaCare and possibly still have enough support to override a veto.

But more important, members of Congress and their staff should suffer that pay cut because that's the law. The ACA has caused millions of Americans to lose their health plans and take pay cuts of similar magnitude. Why should people who work in Congress get a special exemption while people who work in auto repair do not? Is there a class of Americans who are above the law?

For all the talk in Washington about the corrupting influence of money in politics, remarkably few people seem to care that the executive branch is promiscuously issuing illegal taxpayer subsidies that not only personally benefit members of Congress but that also directly affect how members of Congress vote. Vitter deserves credit for taking the lead in trying to expose and put an end to those bribes. The framers of the Constitution did an admirable job, but sometimes the checks and balances they created are not enough to prevent the corruption of one branch of government by another.