Is There a STEM Worker “Shortage”?

The Center for Immigration Studies (CIS) released a new report claiming that there is no STEM worker “shortage”* after looking at the small wage gains in STEM occupations since 2000. CIS has a history of using poor methodology and data in their reports (see here, here, here, and here), but assuming that they did everything correctly this time, their results don’t tell us much for two reasons.

First, they don’t compare wage changes for STEM occupations with all other occupations. 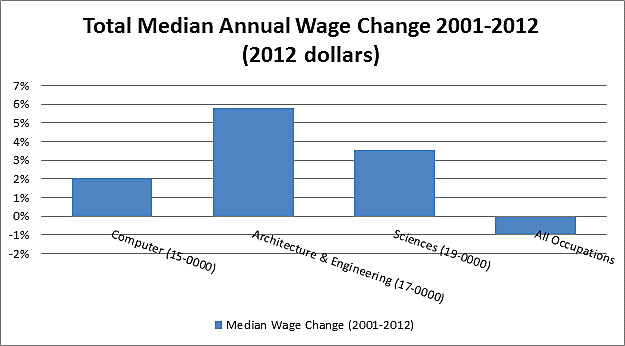 *CIS and others use the word “shortage” incorrectly.