It’s summertime and across the United States, children are away from school. The custom of long breaks in the school year dates to when most Americans worked in agriculture and often needed their children’s help on the farm. Of course, most children simply didn’t attend school, instead helping with housework and grueling farm labor year-round. In 1820, for example, primary school enrollment in the United States was just over 40 percent. That percentage rapidly shot upward in the coming decades, reaching 100 percent by 1870. But even then, many children didn’t make it past elementary school. In 1870, U.S. mean years of schooling stood at just 4.28. That number has risen steadily ever since. What changed? Technology, for one thing.

In his book Enlightenment Now, Harvard University professor Steven Pinker recounts how technology helped get boys off the farm and into the classroom. He quotes a tractor advertisement from 1921:

“By investing in a Case Tractor and Ground Detour Plow and Harrow outfit now, your boy can get his schooling without interruption, and the Spring work will not suffer by his absence. Keep the boy in school—and let a Case Kerosene Tractor take his place in the field. You'll never regret either investment.” 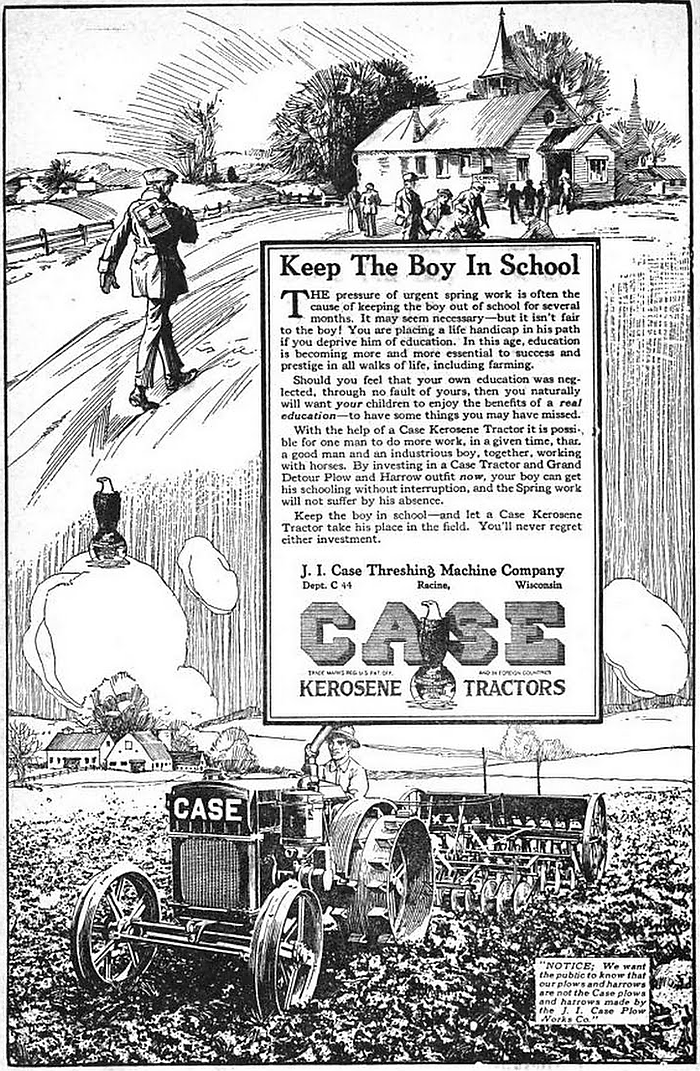 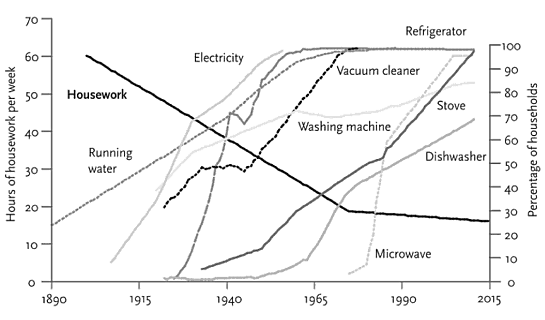 Most of the work replaced by those technologies had traditionally fallen to mothers—and to their daughters. The time freed up by innovation enabled more girls to attend school.

Washing machines and tractors have accomplished more than just cleaning clothes and ploughing fields. They also freed America’s children to receive an education.

Today, there are still children kept from school by household labor requirements. The burden disproportionately falls on girls. According to the United Nations, data from 42 countries show that rural girls are more likely to be out of school than rural boys. In rural Sub-Saharan Africa, the U.N. data also shows that girls often spend more time gathering wood and water than boys—time that could be spent in a classroom instead.

Fortunately, access to running water and electricity is rapidly spreading across the globe. As more households gain access to modern technologies, more children will leave behind backbreaking physical labor for school books and studying.