Technological Breakthroughs in Agriculture and Health

By Marian L. Tupy
SHARE
After a short pause over the holidays, here is a new installment in the HP series on technological breakthroughs. This time, we look at improvements in agriculture, and the fight against schizophrenia, aging and diabetes.
New robotic farm will harvest 30,000 heads of lettuce daily.
The world’s first completely robotic farm is in the works in Japan. Developed by a company called Spread, the farm will be able to harvest crops at greater quantities than before. The indoor farm already uses LED light instead of natural sunlight and stores the growing plants on vertical racks, allowing crop growth to be more easily controlled and more productive. With full automation, the farm will increase its lettuce production to 30,000 heads per day. The state‐​of‐​the‐​art facility also will provide environmental benefits such as recycling used water and greatly reduced labor costs. Spread hopes to export its technology around the world in the near future. 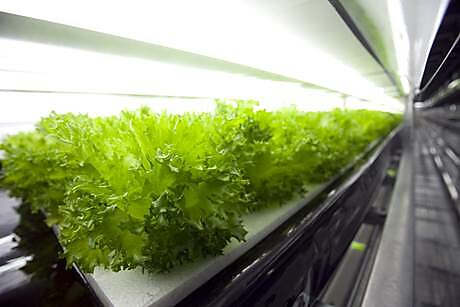 A new study released by the Broad Institute of MIT has found new links between brain development during adolescence and schizophrenia. The researchers focused in on a gene called component 4 (C4), which is found in the immune system. They examined 100,000 human DNA samples from 30 countries. When C4 is prominently expressed in the genetic code, people have a higher risk of developing schizophrenia. Additional analyses of mice found that C4 plays a role in closing off synapses in the brain. This process emerges during adolescence and opens exciting new avenues for additional research.
A cure for aging?
A competition in Silicon Valley is underway inspiring innovators in medicine to discover a way to reduce the effects of aging. The Palo Alto Longevity Prize awards $1 million in prizes to researchers who can find a way to reduce the effects of aging and disease. But, the goal of the competition is not just to find a way to allow individuals to live longer, but also to raise their quality of life by reducing the impact of age‐​related diseases such as Alzheimer’s and cancer. The body has a natural state of rest, called homeostasis, which it returns to after recovering from sickness or trauma. In a person’s early life, it is relatively easy for their body to return back to that state after getting a cold or breaking a bone. But after the age of 40, it becomes much harder for that person’s body to get back in sync.
‘Cure’ for Type 1 diabetes close.
Scientists at Harvard and MIT have found a way to provide long‐​term treatment for Type 1 diabetes. Tests in animals have been so far successful. Through embryonic stem‐​cell research, the team found a way for cells to detect glucose levels and adjust insulin levels accordingly throughout the body. The breakthrough would effectively eliminate reliance on insulin injections for several years at a time and reduce the risks that come from Type 1 if an injection is missed or a sudden spike in blood‐​sugar occurs. The disease afflicts millions of individuals across the world, including 400,000 in Britain alone, according to The Telegraph. Those with Type 1 diabetes must check their blood sugar levels and take insulin injections daily in order to live with the disease.