U.S. Senator Elizabeth Warren told CNBC the other day: “I want these billionaires to stop being freeloaders … I want them to pick up their fair share.”


Are billionaires freeloaders? To get an idea, we can look at IRS data on the Top 400 taxpayers in the nation with the highest incomes.


The Top 400 paid $29.4 billion in federal income taxes in 2014, an average of $74 million each. These “freeloaders” together paid enough to more than fund the budgets of NASA and the EPA that year ($26 billion).


This top group is just 0.0003 percent of all taxpayers yet paid 2.13 percent of all income taxes. Rather than freeloading, it seems that this “tippy tippy top” group, as Warren calls it, is paying more than its fair share. 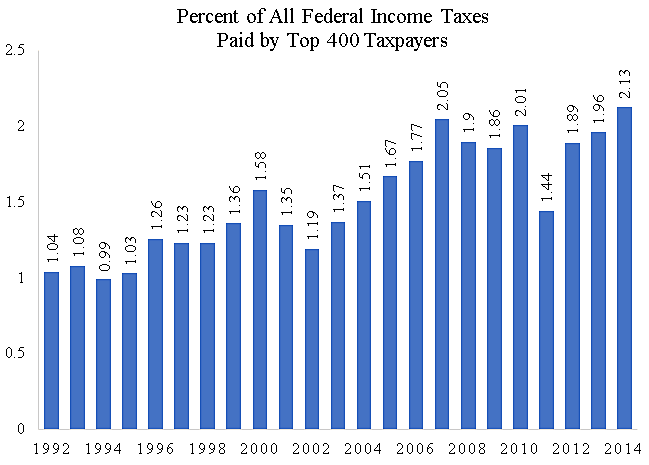