Taxes in the European Union Are Going Up

After declining during the prosperous 2000s, taxes in the EU have been going up in recent years. That is not good news – especially if the Europeans are trying to increase their anemic growth rates. It seems to me that a European “growth agenda” should include a tax cut.

So, why have the taxes gone up in Europe? They have gone up, because – contra Krugman - government spending has not, by and large, declined. In order to maintain the current level of expenditure, the EU governments (which are finding it more difficult to borrow in the financial markets) had to increase taxes.

PS: Look at the income tax and VAT rates in places like the UK, where the government first takes 50 percent of your income in taxes (actually that is going to decline to a “mere” 45 percent) and then hits you with a 20 percent tax on everything you buy – from a pack of chewing gum to a car. True, some of that money comes back to the Brits in the form of benefits, but their disposable income (i.e.: freedom to do with your earnings what you want) is quite low. 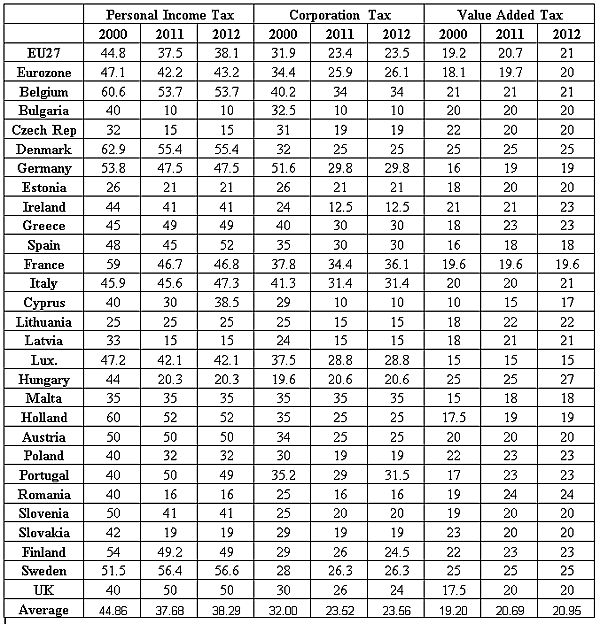