Sweet, and Yet Very, Very Sour 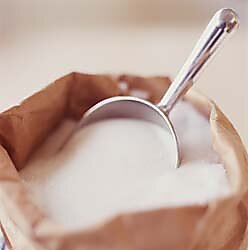 My colleagues have blogged before about the recent sugar “market” woes. There was some hope that the USDA, which manages sugar imports very carefully to maintain U.S. prices up to three times higher than world prices, would relax the sugar quotas this year and give sugar users some well‐​deserved and long overdue relief.


Alas, it was not to be. According to Congress Daily, the USDA announced today [$] that there would be no increase in the import quota for the time being, and that their models saw no cause for alarm because of predicted increases in domestic production and Mexican imports (allowed special import status through NAFTA). And who cares about sugar users’ concerns when you have models?


The American Sugar Alliance says (sigh) that the announcement “makes perfect sense. Supplies are adequate and will soon be building. If any tightness were to emerge, it would not be until next summer. USDA will have adequate time next spring to boost supplies.”


Do you hear that, sugar consumers of America? The USDA is on the case. Now, I’ve got nothing personally against the folks at USDA. I know many of them personally and they are fine people, and smart economists, who are just following congressional orders. But, really, are we still, in 2009, in an at least nominally market‐​oriented economy, seriously attempting to micro‐​manage supply and demand of commodities?

One last point from the Congress Daily story (which requires a subscription to read this far):

In November 2008, when U.S. raw sugar prices were 19.83 cents per pound, world prices were 12.87 cents per pound. Even allowing for the fact that domestic prices indeed fell quite a lot, on what planet does Mr Roney consider a domestic price over 50 percent above an (unusually elevated) world price to be a “plummet”? Is whether we are paying a lot more — rather than a lot, lot more — really the standard we are aiming for here?


To be sure, world sugar prices are high right now, at least by historical standards. (The average world raw sugar price last fiscal year was 13.67 cents per pound. Last quarter the average world raw sugar price was 16.09 cents per pound. See here for all my price data) But even if they fall back to to historically average levels, Big Sugar wants to keep domestic prices high, and to prevent Americans from having access to cheaper sugar, forevermore.


It really leaves a bitter taste in one’s mouth.