Under the header, "Obama is president until January 20, 2017. It's his job to nominate a justice, the Senate has a responsibility to vote," Hillary Clinton's Facebook page issues the following statement: 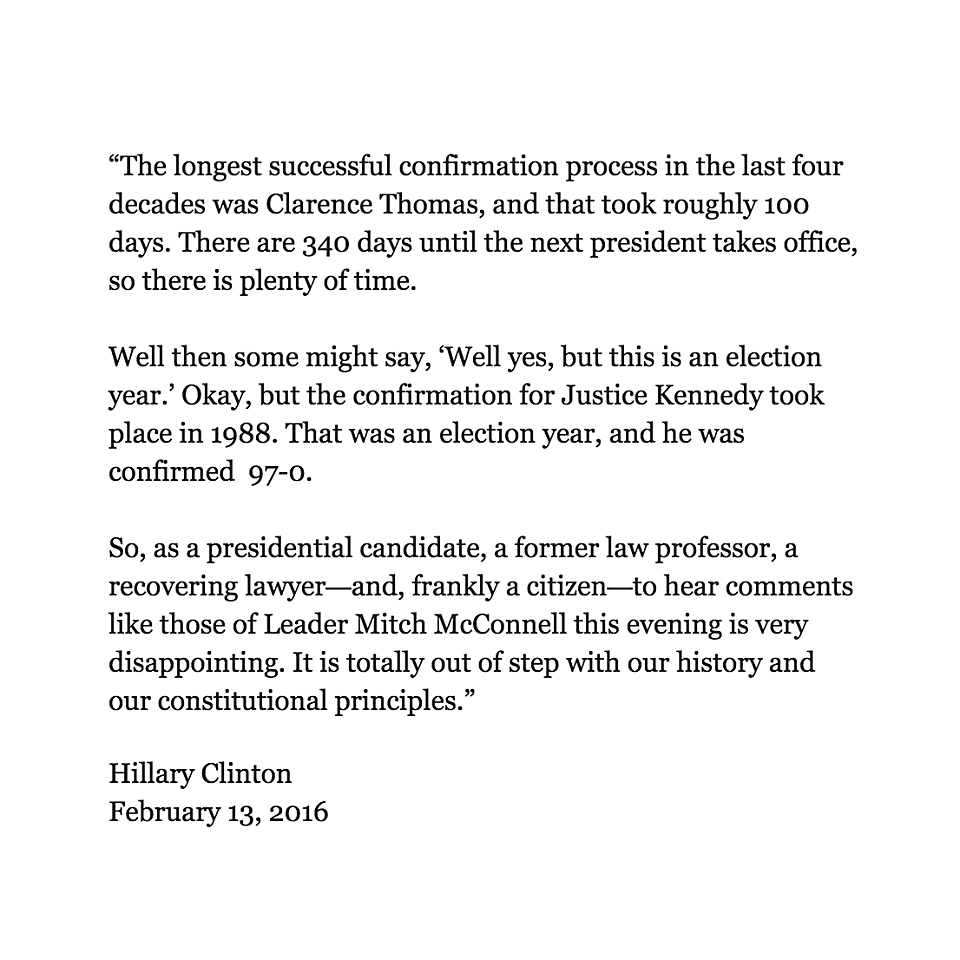 Nearly everything Clinton says here is either misleading or just untrue.

It was actually 222 days between when Justice Powell announced his retirement (June 26, 1987) and the Senate confirmed Justice Kennedy to succeed him (February 3, 1988).

Recent history is replete with partisan jockeying over Supreme Court nominations, from both Republicans and Democrats. Kennedy was Reagan's third pick to fill that vacancy. The first was Robert Bork, the second was Douglas Ginsburg. Opponents painted Bork as a racist and misogynist. Ginsburg withdrew after he came under fire for having smoked marijuana (O, the humanity!) as a young man. Sen. Chuck Schumer once called on the Senate to block almost anyone George W. Bush nominated to the Supreme Court.

Thus, if Senate Republicans now refuse even to entertain any Obama nominations, there will be nothing ahistorical about it, and nothing particularly improper about it. There won't even be anything particularly Republican about it. Hillary is just making stuff up to serve her own partisan interests.

Which means she, too, is acting well within the historical tradition of Supreme Court nominations.