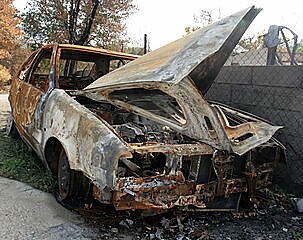 On Thursday, the U.S. House of Representatives is scheduled to take up The Smarter Solutions for Students Act, which would end the practice of Congress designating interest rates for federal student loans, and instead link rates to the 10‐​year Treasury note. It would be a miniscule improvement. Basically, this change is like banging out a single dent in a car that’s careened off a cliff, rolled over twenty times, and caught fire.


It seems reasonable that if Washington is going to provide student loans, interest rates should be pegged to broader rates. There is disagreement about how much you add to base rates—Rep. George Miller (D-CA), for instance, is unhappy that the act’s rates could result in profits that would be used for deficit reduction—but letting Congress designate set rates is why we are once again scrambling to keep the subsidized loan rate from suddenly leaping to 6.8 percent from 3.4 percent.


Of course, the root problem is that Congress furnishes student loans at all, killing the natural discipline that comes from people paying for something with their own money, or money they get from others voluntarily. Getting major dough from taxpayers has enabled massive overconsumption of higher education punctuated by dismal completion rates and huge underemployment for those who manage to finish. And giving people cheap money largely just enables colleges to raise their prices at breakneck speeds, often to provide frills that heavily subsidized students seem to happily demand.


Congress may inject a milliliter of sanity into a swimming pool of irrationality, but what it really needs to do is drain the whole thing.