The State of War in Syria — In Two Charts

The fog of war, coupled with the output from multiple propaganda machines, makes it difficult to determine which side has the upper hand in any conflict. In Syria, it appears from recent reportage from Aleppo that President Bashar al-Assad’s forces are getting the upper hand. But are they?


The best objective way to determine the course of a conflict is to observe black market (read: free market) exchange rates, and to translate changes in those rates via purchasing power parity into implied inflation rates. We at the Johns Hopkins–Cato Institute Troubled Currencies Project have been doing that for Syria since 2013.


The two accompanying charts—one for the Syrian pound and another for Syria’s implied annual inflation rate—plot the course of the war. It is clear that Assad and his allies are getting the upper hand. The pound has been stabilizing since June of this year and inflation has been trending downwards. 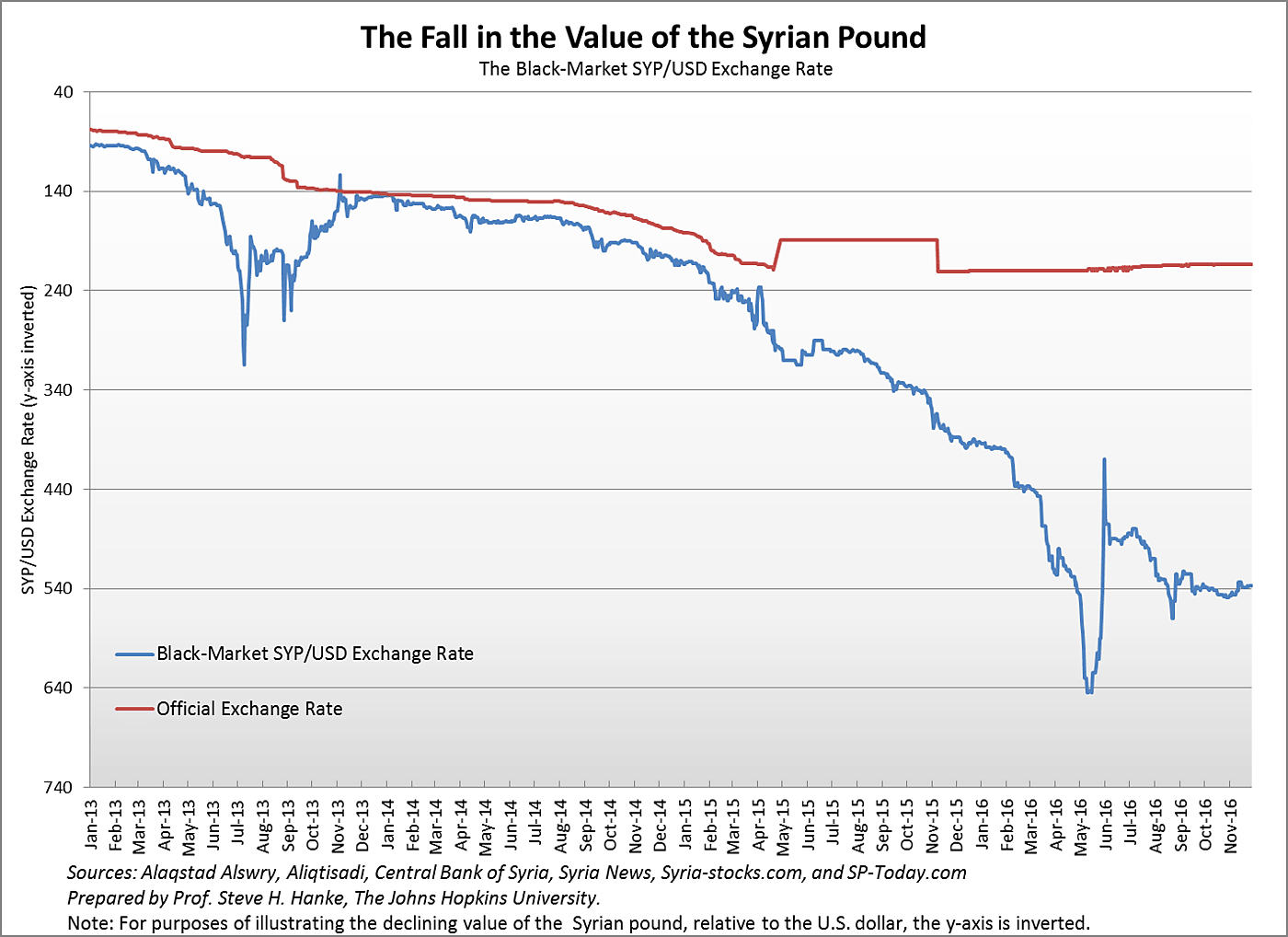 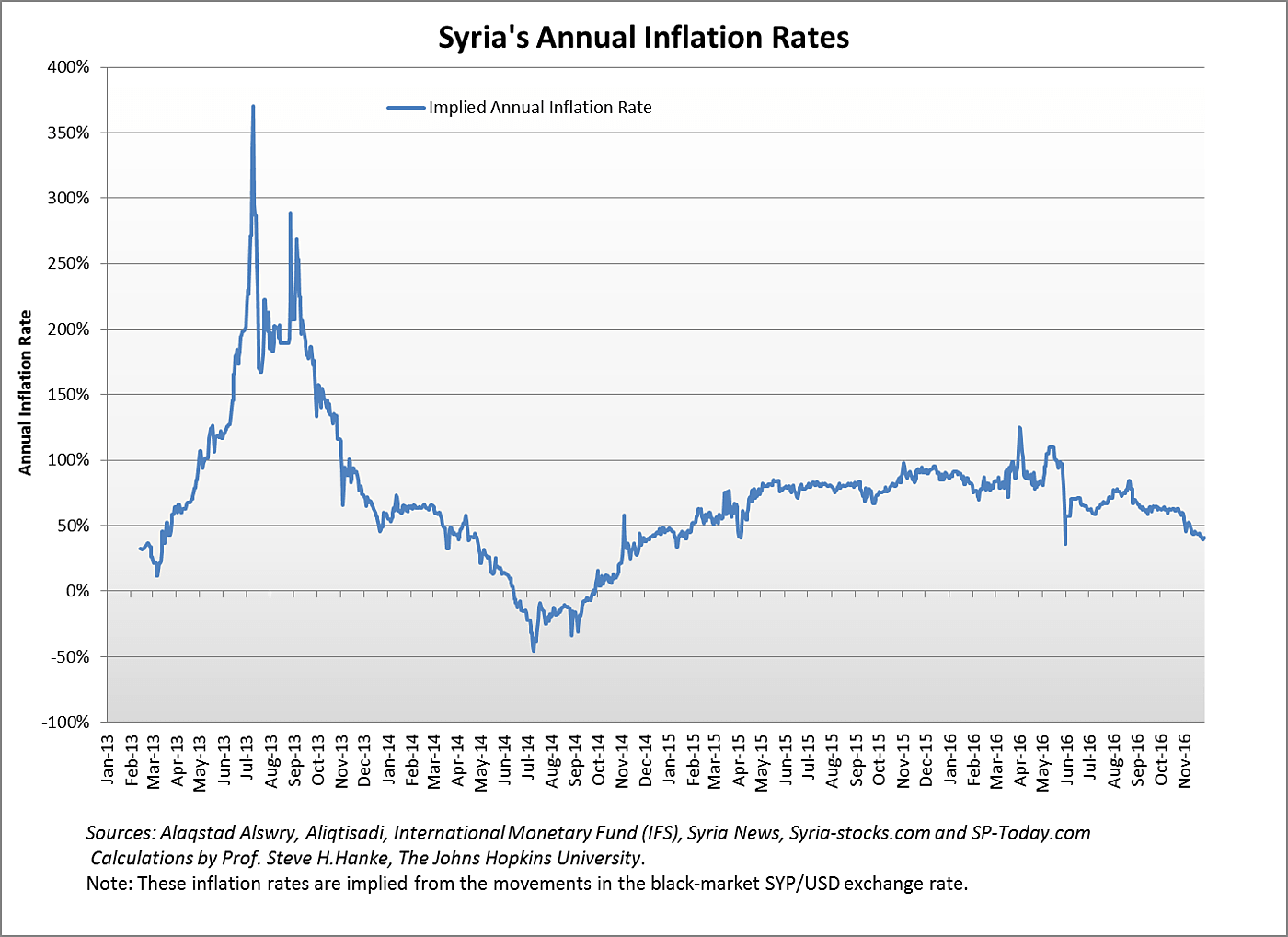