California leaders are in the news for passing a misguided law that requires most independent contractors to be treated as employees, and then realizing how harmful that is and passing another law exempting dozens of politically important industries from the mandate. Lee Ohanian describes the law’s damage here.

Last year, “Assembly Bill 5 included exemptions for many politically‐​connected occupations like real estate agents and doctors, but ensnared many others, drawing particular criticism from musicians, independent truck drivers, franchise business owners and freelance writers.” Then in response to the public backlash, the California legislature passed Assembly Bill 2257, which exempts “many occupations in media, music and other industries from AB 5’s requirements.”

Unneeded laws, such as this, that impose unequal justice generate endless lobbying, litigation, campaign contributions, and corruption as companies and labor unions jockey for special treatment from politicians.

State tax policy is rife with similar favoritism. Politicians impose ill‐​conceived and damaging taxes that induce affected businesses to howl in protest and lobby for relief, and then the politicians pass an array of “exemptions,” “incentives,” “abatements,” and “credits” for the lucky few. Politicians also use state tax codes to flex their central‐​planning impulses, passing breaks for sexy and high‐​profile industries such as solar power, data centers, and filmmaking.

In reviewing state budgets for Cato’s upcoming Fiscal Report Card on America’s Governors, I came across a 30‐​page summary of tax favoritism in the State of Nevada’s budget, which starts on pdf page 18 here. Starbucks received special grants from the state’s Catalyst Fund, which “incentivizes the expansion or relocation of businesses that will quickly result in the creation of high‐​quality, primary jobs in Nevada.”

Here is my interpretation of the various breaks:

Nevada’s complex system of tax favoritism is misguided. State policymakers should apply property tax at a single flat rate to residential, commercial, and industrial real property, but not business personal property (machinery and equipment). They should repeal special business taxes (including the “Commerce Tax” and “Modified Business Tax”), which hide government tax burdens from voters. Finally, policymakers should impose Nevada’s general sales tax at a single rate on final consumption, not on intermediate goods and capital equipment.

Policymakers in every state should impose taxes that are simple, visible, equal, and neutral across economic activities. To grow, states do not need “economic development” bureaucracies such as Nevada’s that hand out narrow breaks, they just need lean governments and low, flat tax systems. 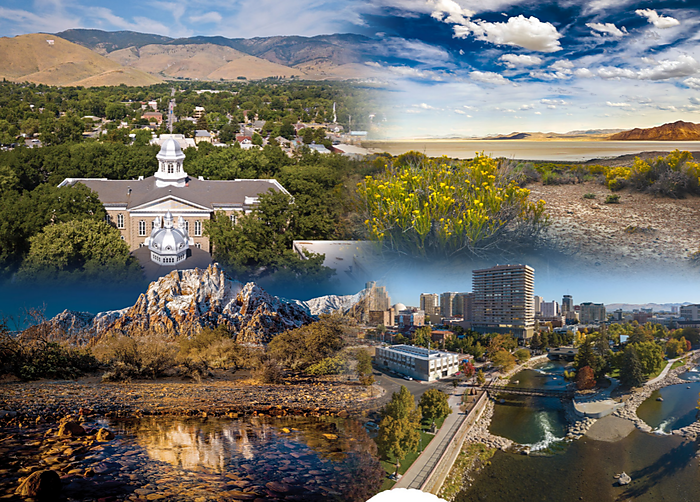