President Trump is reportedly planning to cut the Department of State’s budget by 37 percent. I’m not an expert on the department’s activities, but it would seem ripe for cuts given the large run‐​up in spending in recent years.


The chart shows Department of State outlays since 1970 in constant 2016 dollars. Real spending has more than tripled the past 16 years—from $9.5 billion in 2000 to $30.9 billion in 2016. The data comes from President Obama’s last budget. You can chart spending on federal departments and agencies here at Down​siz​ing​Gov​ern​ment​.org.


The Trump administration apparently wants to make budget room for Department of Defense spending increases, but the Pentagon is also bloated with inefficiency, as discussed here, here, and here. 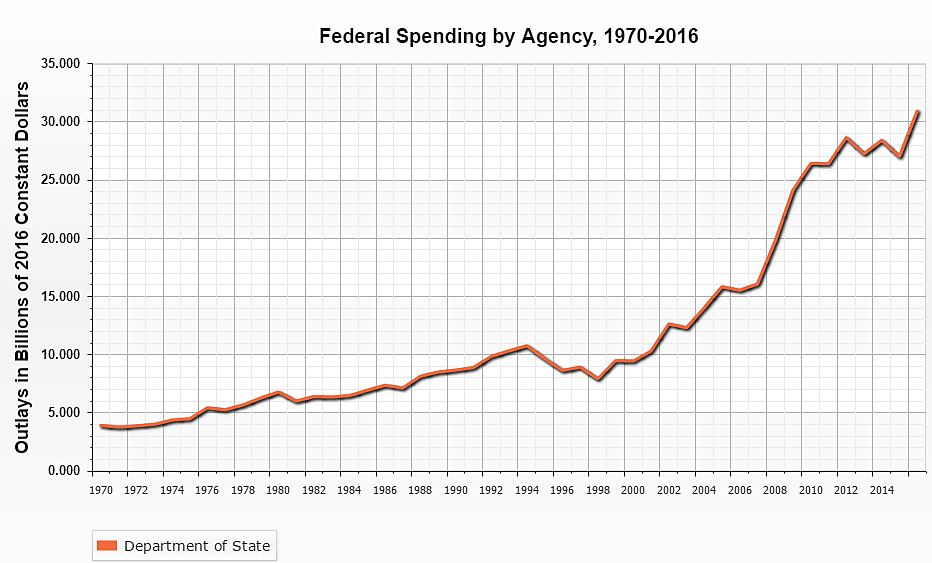