Speaking of Spending … How Much Is Enough in New Hampshire?

Speaking of calls for yet more education spending: In New Hampshire, as in every state where school choice comes up, defenders of the status-quo are claiming that it will hurt "underfunded" public schools and that they need more money.

Here is Laura Hainey, president of the American Federation of Teachers–New Hampshire, with the typical union mantra that money isn’t everything, but give us more money!

AFT-NH understands that money is not the sole factor in providing a quality public education. But our schools do need more resources to achieve the greatest success for our students... We cannot expect our schools to do more with less, but that’s the message coming out of this Legislature. Despite the attacks, continual cuts in funding...

Let's look at the reality of government school spending in New Hampshire: Per-student spending has increased more than 50 percent, after adjusting for inflation, since 2001. And though it's declined slightly from the all-time high in 2010, per-child inflation-adjusted spending is still 5 percent above the previous all-time high in 2009, despite the struggling economy.

If more than $15,000 per student isn’t enough, how much is enough to educate a child? 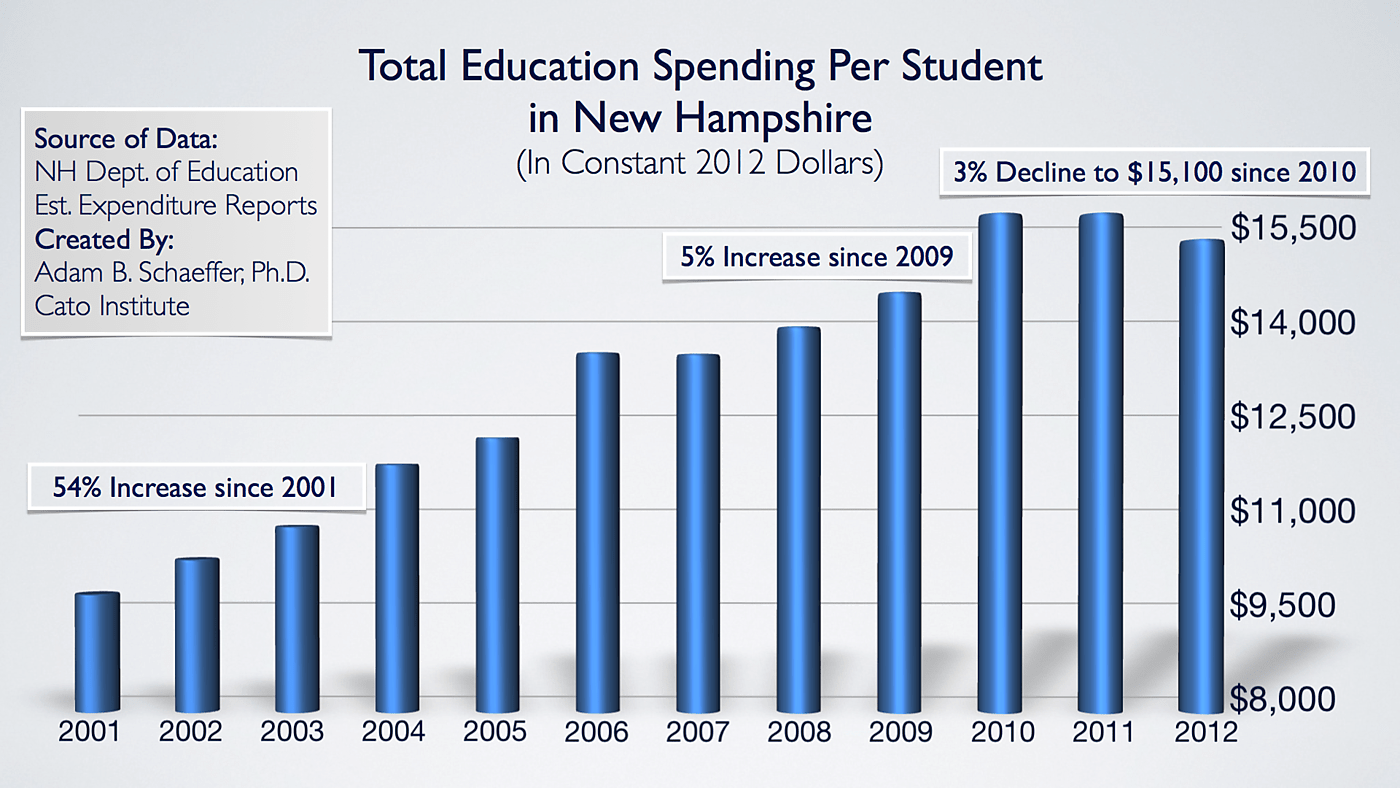