The South China Sea Arbitration Ruling: An Opportunity for US, China to De‐​escalate

Tuesday’s long‐​anticipated ruling by the Permanent Court of Arbitration (PCA) regarding the territorial disputes in the South China Sea (SCS) between the Philippines and China was a big win for the Philippines. China’s sweeping claim to sovereignty over the SCS embodied by the infamous “nine‐​dash line” was invalidated. The court also admonished China for causing ecological damage with island building activities, and generally aggravating the SCS dispute.


As policymakers in Washington and Beijing think about what to do next they should consider the ruling as an opportunity to counteract the dangerous escalation of tensions in the SCS. Both sides can take relatively low‐​cost actions that could keep a lid on tensions and help manage the dispute. 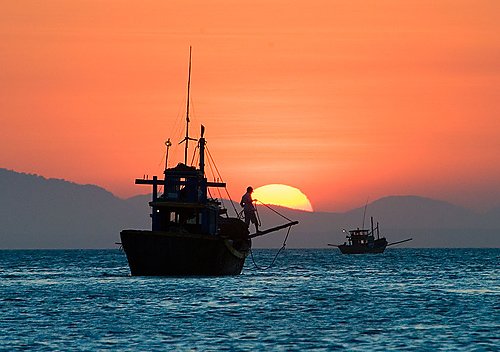 It will be more difficult for China to de‐​escalate than the United States given the fiery official rhetoric surrounding the PCA ruling. Beijing also took provocative actions before the PCA ruling was issued, most notably conducting military exercises in the SCS and declaring a “no‐​sail zone” in the area of the exercises. However, despite the (expected) bombastic rhetoric, China has shown considerable restraint in its actions or, more accurately, its lack of action. Ankit Panda at The Diplomat notes, “Beijing has not declared an air defense identification zone in the SCS, moved to begin reclamation at Scarborough Shoal, sanctioned the Philippines, or announced an intent to withdraw from the UN Convention on the Law of the Sea.” The gap between official rhetoric and restrained behavior in the wake of the PCA ruling means that China’s long‐​term intentions are unclear, but restraint from Beijing is a positive development.


Policymakers in Washington will likely feel compelled to enforce the PCA ruling, but they should formulate U.S. policy very carefully. While the PCA’s ruling is legally binding on the Philippines and China, the court lacks an enforcement mechanism. Protecting the “rules‐​based international order” is an important U.S. foreign policy interest, which means that it will likely take on enforcement responsibilities. Any freedom of navigation operations conducted in support of the PCA ruling should be done without the media fanfare that has accompanied past operations. Additionally, the United States should try to influence other states that want to conduct their own freedom of navigation operations. For example, given the historical animosity and ongoing territorial dispute in the East China Sea between China and Japan, Washington should discourage Tokyo from conducting its own freedom of navigation operations in the SCS.


There are other examples of low‐​cost actions that the United States and China could take to reduce tensions in the SCS. First, the United States should support dialogue among the other claimants and China. Two days after the PCA ruling, the new president of the Philippines, Rodrigo Duterte, asked a former president of the Philippines to help start talks with China. Second, China could play a more active role in environmental protection in the SCS through the creation of a “marine peace park” in the Spratleys. Claimants would suspend territorial claims to allow the replenishment of depleted fisheries and the recovery of damaged coral reefs. This would be a low‐​cost policy for Beijing because it would not have to permanently abandon its territorial claims.


The SCS has become a more dangerous place over the last year. The PCA ruling is a prime opportunity for China, the United States, and the Philippines, as well as other claimants, to put a lid on tensions and work with one another to resolve disputes peacefully. It would be impractical to force either side to back down from their core policy positions. But small adjustments in areas such as freedom of navigation operations and environmental cooperation would be a step in the right direction.