In the New York Times, David Leonhardt cheerleads for a new plan by left‐​wing economists Emmanuel Saez and Gabriel Zucman to raise taxes on the rich by $750 billion a year. Leonhardt, Saez, and Zucman want to spend on a range of new government programs, such as pre‐​K education.

Liberals dream of a larger welfare state like they have in some other high‐​income countries. But if the United States goes down that road, the new spending probably wouldn’t be funded by taxes on the rich but by taxes on the middle class. We know that by looking at experiences abroad.

For its 36 member countries, the OECD publishes data on federal‐​state‐​local tax revenues as percent of gross domestic product (GDP). OECD average tax revenues are higher than tax revenues in the United States. Where do other countries get the extra money? Not from income taxes, but from consumption and payroll taxes that hit the middle class hard.

Figure 2 shows total personal and corporate income and capital gains taxes. By 1975, the OECD caught up to the United States on these revenues, and since then the trend has been fairly flat in the OECD and the United States. These are the taxes that U.S. leftists want to raise, but in other countries concerns about economic damage and tax competition have restrained them.

Figure 3 includes all taxes other than those in Figure 2. In the OECD, these revenues soared between 1975 and 2000 as governments expanded. Other taxes are 22.7 percent of GDP in the OECD today (Figure 3), which is almost double the OECD income tax grab of 11.5 percent (Figure 2). Taxes other than income taxes are much lower in the United States than in the OECD.

If Leonhardt, Saez, Zucman, Bernie Sanders, Elizabeth Warren, and others eventually get the larger government they dream about, it will probably be funded by higher taxes on everyone, including heavier payroll taxes and new value‐​added taxes.

Soak‐​the‐​rich rhetoric today may morph into a tax flood that drowns everybody tomorrow. 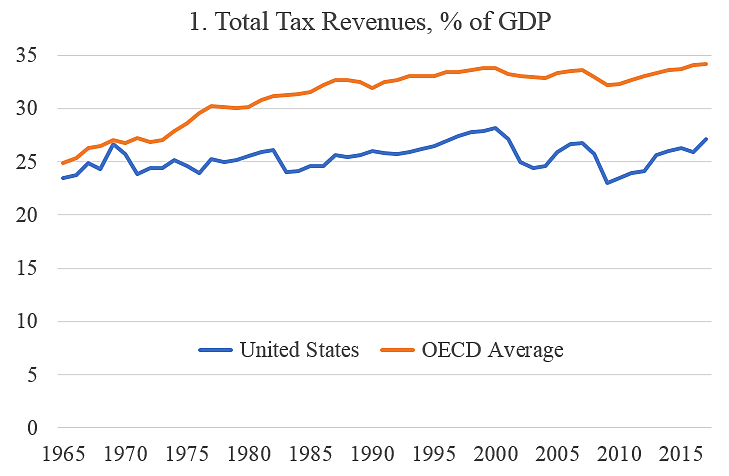 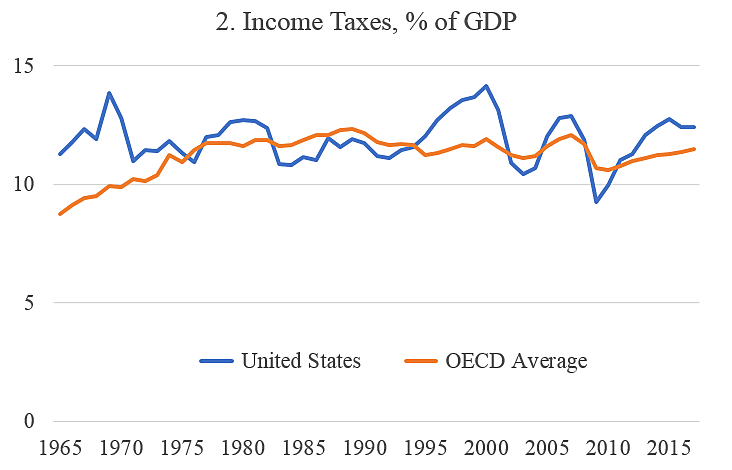 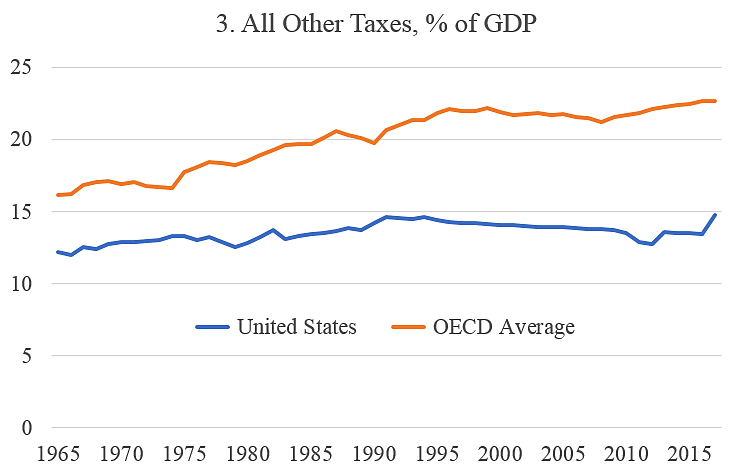 I used the OECD averages as published, but note that the number of OECD members has expanded over time and so the averages constitute a changing group of countries.

Two countries did not have data for 2017. I used the 2016 values for those countries to calculate the 2017 OECD averages.

The 2017 spike in other taxes for the United States is property taxes. But this OECD figure seems dubious because U.S. national accounts data does not show such a spike.