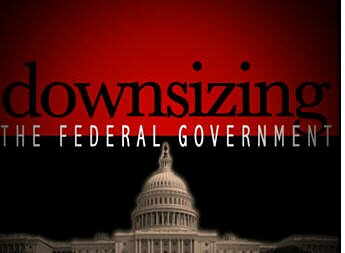 
3. Much federal spending is wasteful and many federal programs are mismanaged. Cost overruns, fraud and abuse, and other bureaucratic failures are endemic in many agencies. It’s true that failures also occur in the private sector, but they are weeded out by competition, bankruptcy, and other market forces. We need to similarly weed out government failures.


4. Federal programs often benefit special interest groups while harming the broader interests of the general public. How is that possible in a democracy? The answer is that logrolling or horse‐​trading in Congress allows programs to be enacted even though they are only favored by minorities of legislators and voters. One solution is to impose a legal or constitutional cap on the overall federal budget to force politicians to make spending trade‐​offs.


5. Many federal programs cause active damage to society, in addition to the damage caused by the higher taxes needed to fund them. Programs usually distort markets and they sometimes cause social and environmental damage. Some examples are housing subsidies that helped to cause the financial crises, welfare programs that have created dependency, and farm subsidies that have harmed the environment.


6. The expansion of the federal government in recent decades runs counter to the American tradition of federalism. Federal functions should be “few and defined” in James Madison’s words, with most government activities left to the states. The explosion in federal aid to the states since the 1960s has strangled diversity and innovation in state governments because aid has been accompanied by a mass of one‐​size‐​fits‐​all regulations.