Singapore: the Power of Economic Freedom

The Telegraph ran a fascinating collection of photos from different statges of development of the Asian city state of Singapore. The first photo is from 1900, the second is from the 1970s and the last photo is contemporary. The incredible transformation of Singapore from a sleepy outpost of the British Empire to a global commercial and technological hub was partly facilitated by a very high degree of economic freedom. In 1970, the first year for which data is available, Singapore had the third freest economy in the world (behind Hong Kong and Canada). Singapore maintained a high degree of economic freedom over the next 45 years and ranks as the second freest economy in the world today (behind Hong Kong). As late as 1970, per person income in Singapore was 54 percent of the global average. Today it is 321 percent of the global average. 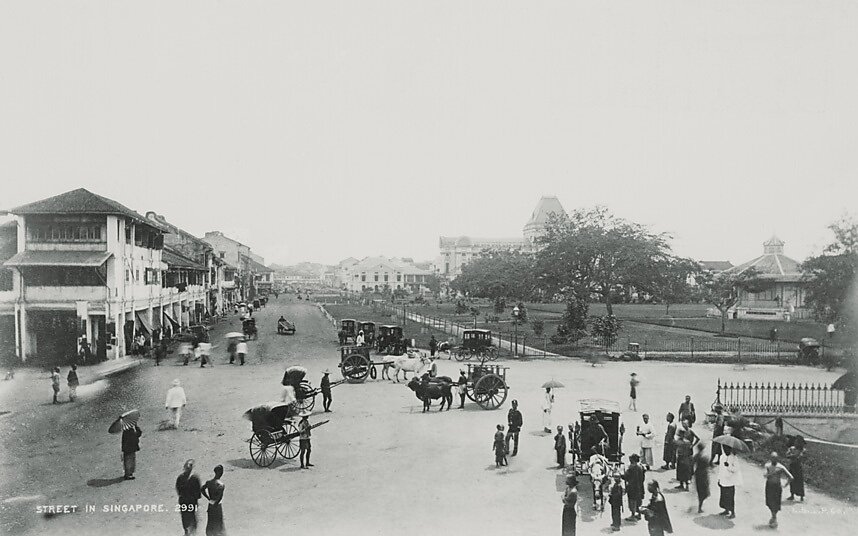 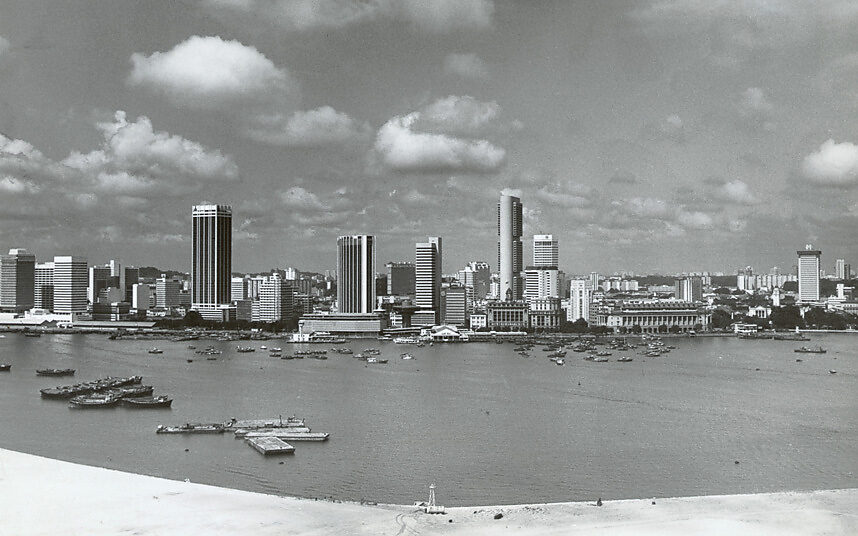 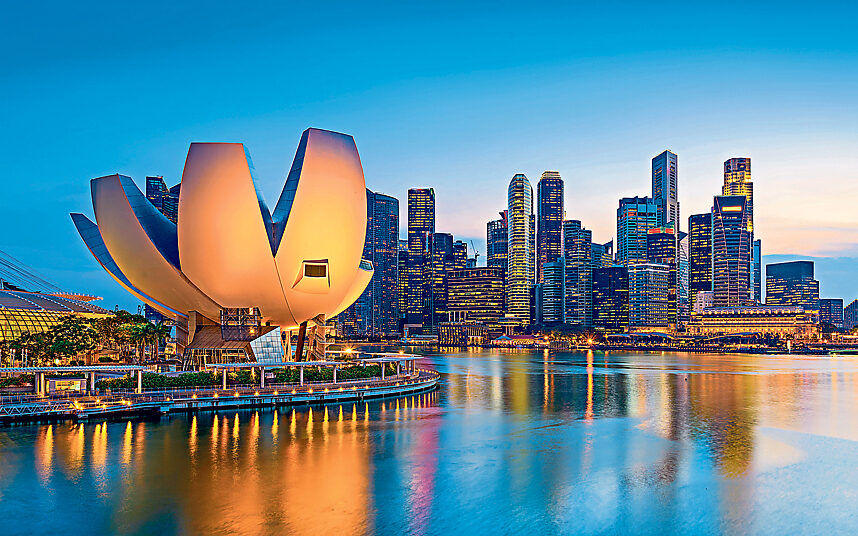 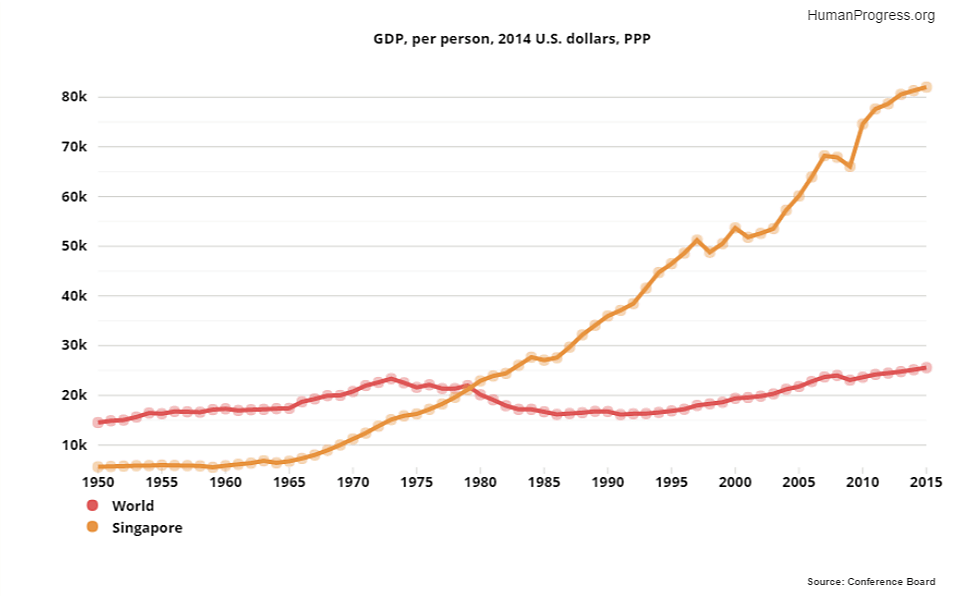 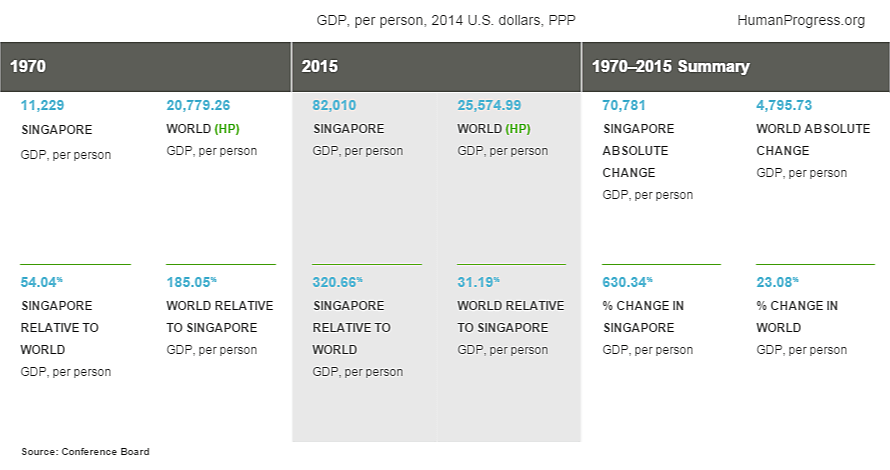