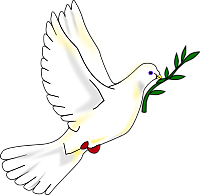 President Obama’s speech in Northern Ireland a few days ago has generated some unexpected controversy. Unfortunately, most of it seems to be along the lines of “Obama attacked the Catholic Church again” because he critiqued religiously separate, Northern‐​Irish schooling. And Obama certainly was on shaky ground blaming segregated schooling for exacerbating social divisions, but not because he was attacking the Catholic Church. No, his error is that educational freedom may be crucial to peace, not anathema to it.


From what he said, it certainly doesn’t seem that Mr. Obama was trying to single out Catholic schools as a problem. He clearly stated that the presence of both Catholic and Protestant schools was what troubled him: “If towns remain divided—if Catholics have their schools and buildings, and Protestants have theirs—if we can’t see ourselves in one another, if fear and resentment are allowed to harden, that encourages division. It discourages cooperation.” The president’s point was that Protestants and Catholics should go to school together to break down barriers, a seemingly reasonable belief that has driven much of school policy in this country. If we put diverse people together, the thinking goes, they will learn to get along.


But neither deeper logic nor the historical evidence supports that idea particularly well. We absolutely had to end legally mandated segregation, but efforts to force integration often resulted not just in maintained division, but hotter conflict. Why? Because people don’t just check their differing values or identities at the school-room—or school-board—door, and having to support one system of schools forces people to fight over whose values and identities will be taught.


Look at our own religious history. For over a century many of our public schools were de facto Protestant institutions, reading Protestant versions of the Bible and teaching generally Protestant religion. Efforts to make the schools accommodate both Protestants and Catholics often failed—and in Philadelphia led to days of bloodshed—ultimately resulting in the founding of a massive Catholic school system, which by 1965 enrolled 12 percent of all school‐​aged children.


Our more recent experience with forced integration has been based on race, as we’ve tried to overcome our long and shameful history of legally mandated racial segregation. Brown v. Board of Education, which outlawed forced segregation, was a necessary ruling, and one that has had very powerful benefits. But subsequent federal court rulings mandating physical integration ignited many open, charged conflicts, and quite likely made race relations worse than they’d have been had people been able to freely choose whether to go to school together. It takes time to overcome centuries of division, suspicion, and alienation, and imposing physical togetherness often seemed to breed resentment and even greater hostility. That may very well be why, today, surveys indicate that while most people support integration in the abstract, they widely dislike busing or other forced integration measures.

Our present public schools have no religious connection, of course, and coerced busing is increasingly rare. But that doesn’t mean our schools aren’t regular sites of values‐​based conflict. They are, as you can see on Cato’s still‐​under‐​construction public schooling “battle map.” Our schools are regular battlegrounds over what kids read, what they can say, what they are taught, etc. And such battles almost certainly increase social divisions rather than build cohesion.


How does voluntary “segregation” foster peace? First, by keeping people from having to fight over what the schools will teach, avoiding the harm of forced togetherness. Second, educational freedom may be useful in building lasting cohesion because it enables people who are different in some ways to choose schools based on other unifying, shared values or interests. That could mean Protestants and Catholics choosing art schools. Or blacks and whites choosing Lutheran schools. Or myriad other combinations.


There is evidence that this latter effect does, in fact, occur, such as work by Jay Greene and Nicole Mellow showing that private schools have better integrated lunchrooms—where students choose with whom they sit—and work by several scholars showing private schools produce more politically tolerant students.


Of course, this doesn’t prove that educational freedom is more unifying than public schooling. But it certainly suggests it may be. And President Obama, by decrying segregated schooling in Northern Ireland, may be placing blame on what is, in fact, an important part of the solution.