The late publisher of the National Review, Bill Rusher, used to urge the new hires at his magazine to remain on guard. “Politicians will always disappoint you,” he warned. True enough, though sometimes disappointment gives way to disgust. For once, I am not talking about the Republican and Democratic frontrunners, but the socialist Senator from Vermont.

During the recent Democratic debate in economically distressed and racially diverse Flint, Mich., Sen. Sanders pandered to the black electorate in an attempt to outflank Clinton on the issue of race. In an answer to a question, “What racial blind spot do you have?" Sanders responded, “When you’re white… [you] don’t know what it’s like to be poor.” Well… There are some 4,000,000 Americans who came to the United States from Eastern Europe after the fall of the Berlin Wall and they do remember poverty as well as the economic system (oh, the irony) that produced it – socialism. So, below is a HumanProgress chart comparing average incomes in the United States and Eastern Europe over the last 65 years, as well as a telling video of empty shelves in a Soviet grocery store circa 1990. 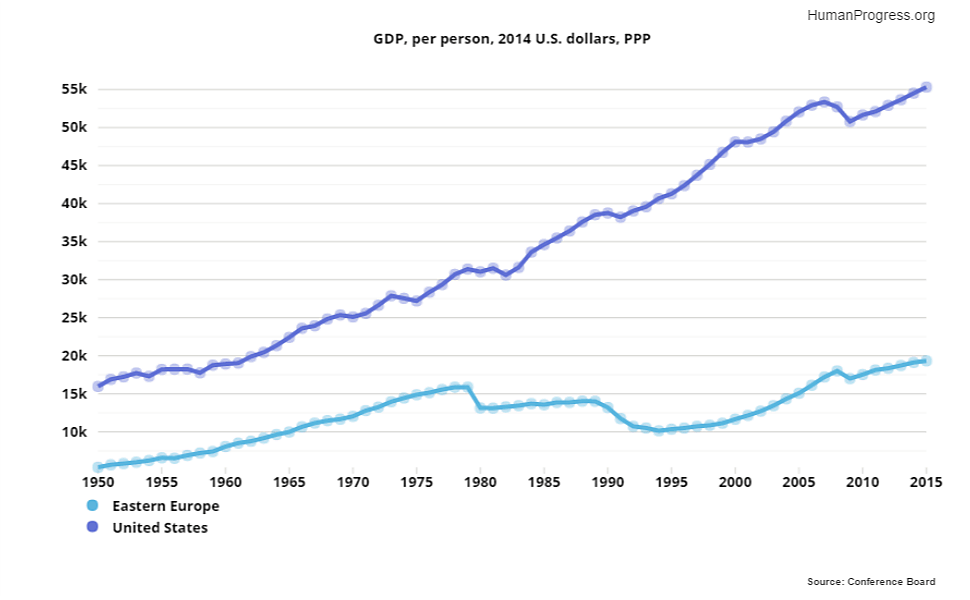