Another federal agency has screwed up. This time it is the Secret Service, which almost allowed an intruder to make a surprise visit on the Obamas. The Washington Post reports:

The Secret Service on Saturday launched a security review to learn how a man carrying a knife was able to get inside the front door of the White House on Friday night after jumping a fence and sprinting more than 70 yards across the North Lawn.

In response to the failure, Rep. Jason Chaffetz observed that “the Secret Service has a serious management problem.” According to the Post:

The service, which once enjoyed a sterling reputation as an elite law enforcement agency, has struggled with some embarrassing episodes recently and the perception that its leadership is lagging in the best security strategies. In spring 2012, the service faced a humiliating moment when a dozen agents were shipped home from a presidential trip in Cartagena, Colombia, where they were implicated in a night of carousing and boozing with prostitutes.

The latest fence‐​jumping incident is no laughing matter, but this line from the Post did make me chuckle: “Former agents said they fear the breach may be related to a severe staffing shortage the agency has struggled with in the last year in its Uniform Division.”


Staffing shortage? How is that possible when the Secret Service budget has doubled in real (inflation‐​adjusted) terms since 1998—from $0.9 billion to more than $1.8 billion? The chart shows the particularly strong growth during the George W. Bush years. 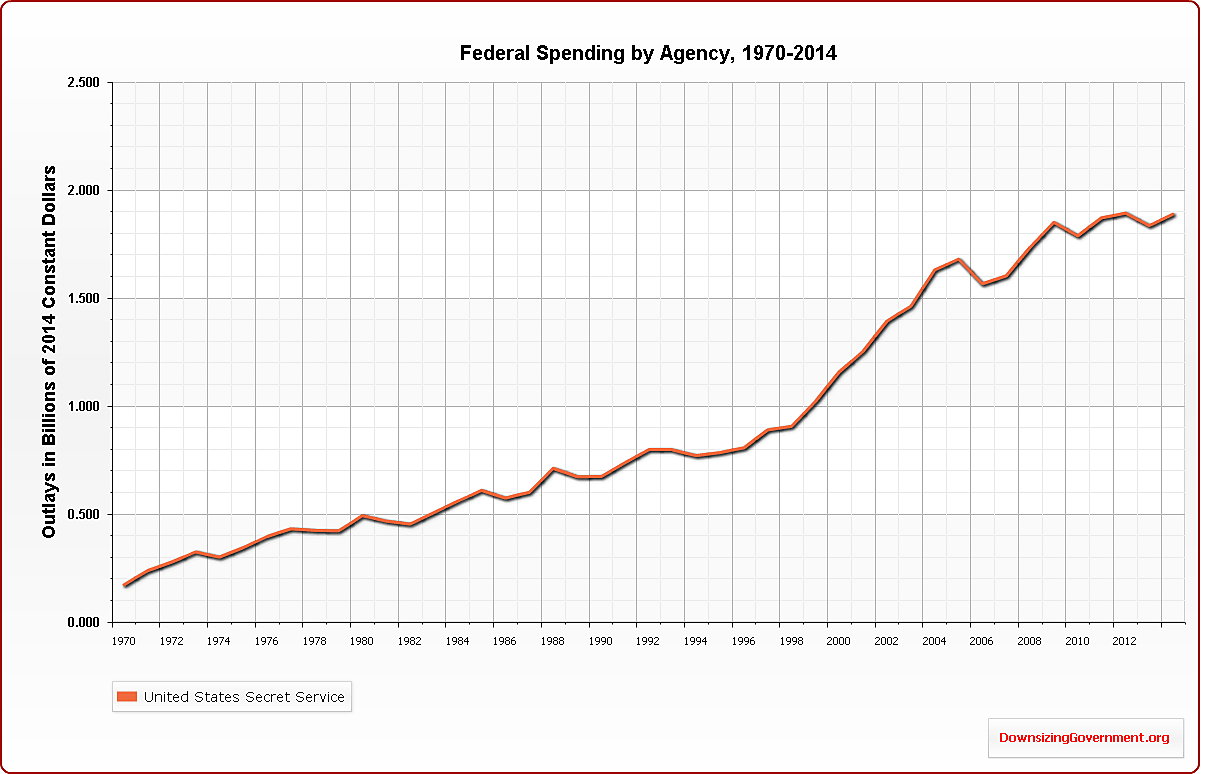