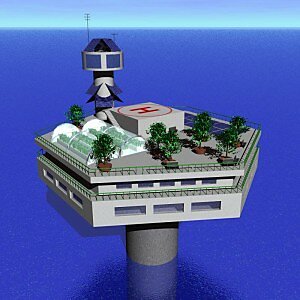 Join Patri Friedman at the Cato Institute, Tuesday, April 7, to learn about the new movement to compete with sovereign nations by starting a new society on the high seas.


The Seasteading Institute seeks to build self‐​sufficient deep‐​sea platforms that would empower individuals to break free of national governments and start their own societies.


Executive director Patri Friedman predicts a future in which any group of people dissatisfied with their current government would be able to start a new one by purchasing a floating platform called a “seastead” and building a new community on the open ocean. He hopes that the availability of alternatives will encourage existing governments to reform themselves to better serve their citizens.


Can seasteading succeed where past plans have not? Are people willing to brave the high seas for liberty? Economist Arnold Kling will address the viability of the project in light of similar efforts in the past. Doug Bandow will address whether existing governments will tolerate seasteads, and specifically how the international Law of the Sea Treaty might complicate matters.


Please join us for an in‐​depth discussion of the prospects of this exciting new effort.


Help spread the word, and invite your friends on Facebook.