We do not claim that the school funding system… is fundamentally flawed, only that there is no correlation at all between the level of per pupil funding and educational outcomes. —Deloitte


Last November, the British government “published” a study of its state school system that it had commissioned from the accounting firm Deloitte. Maybe “published” is too strong a word, since there was apparently no press release, no news conference, no effort of any kind to make the public or the media aware of its existence. Perhaps that’s because the study found no correlation between spending and achievement in Britain’s state schools, and the current government’s policy is to increase spending on state schools in an effort to be seen to be doing something.


The sad thing is, the same fundamentally flawed funding systems and dysfunctional political incentives exist in the United States, too… and with much the same effect: 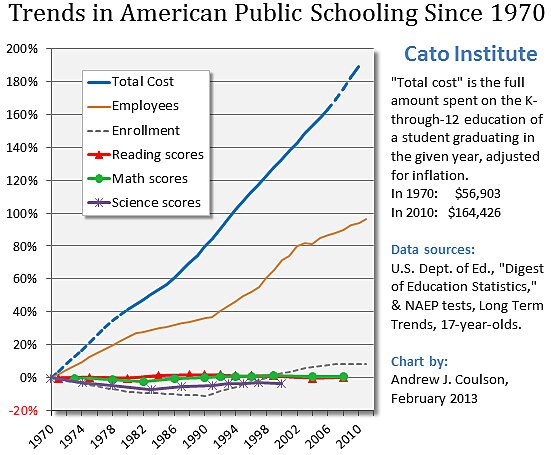