The chart below shows the course of M3. Following the oil price plunge of September 2014, the growth in M3 has slowed. The rate of nominal GDP growth will follow.

Why is the money supply growth rate declining? Since the plunge in oil prices, the Saudis’ current account has dipped into negative territory. This has to be financed, and the Saudis have used their stash of foreign reserves to do the financing.

When the Saudi Arabian Monetary Agency (SAMA) sells foreign currency to finance the current account deficit (and maintain the Riyal/USD peg), it debits the reserve accounts (in Riyals) of the Saudi banks at the SAMA. This causes the domestic money markets to tighten, which works its way through the banking system. Not surprisingly then, there has been a marked slowdown in the growth of broad money since the oil price plunge and associated current account deficit. 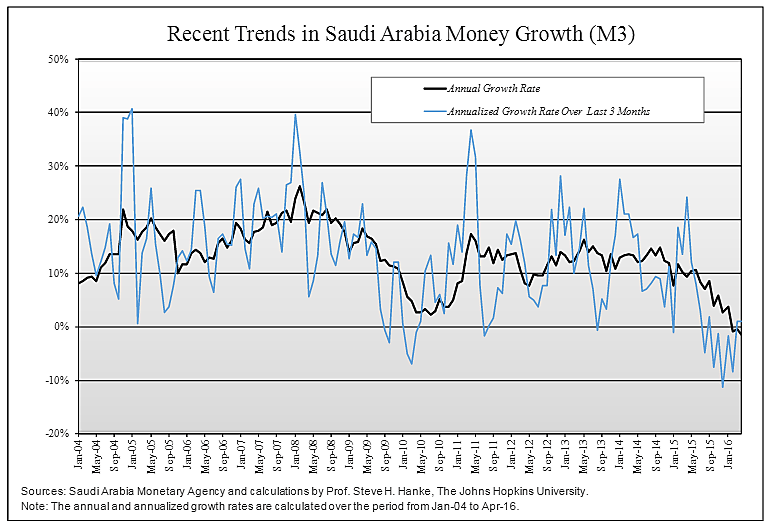 So, a slowdown in Saudi nominal GDP is already baked in the cake. The Saudis should get used to that sinking feeling, which will only abate if oil prices continue to rise.