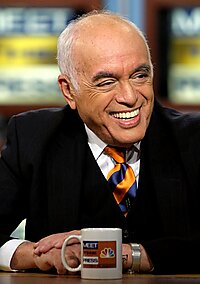 
Odd that the self‐​described Prince of Darkness was one of the nicest persons I’ve ever known. Unlike many here in Babylon‐​by‐​the‐​Potomac, Bob became less enamored of the Establishment the longer he was here. He believed in liberty and was a great friend of the Cato Institute.


He will be sorely missed.