A Rising Tide Is Lifting All Boats

President Trump delivers his State of the Union address tonight and will surely claim credit for the strong economy. He has taken actions that have both helped and hurt growth, and it is difficult to disentangle the net effects.


That said, it is impressive how today’s rising tide of economic growth is lifting boats across the American economy. The poverty rate is falling, wages are rising, labor market participation is rising, and employers are creating large numbers of jobs, as shown below.


Consider poverty and growth. In recent decades, poverty has fallen when the economy has expanded, as shown here. Also note that poverty plunged in two decades of strong growth prior to the federal government creating a big welfare state in the 1960s, as John Early shows in Figure 6. Strong economic growth improves lives.


Now consider the two ways that Washington policymakers try to help people and the economy. Under the misguided direct way, the government gives subsidies to particular groups and imposes regulations to “fix” particular markets—whether it is Democratic welfare programs or Republican trade restrictions. The direct way creates negative side effects and undermines the more powerful indirect way.


Under the better indirect way, the government removes obstacles and allows entrepreneurs to produce better products at lower prices. That is the broad‐​based growth way. Trump’s corporate tax cut, for example, reduced tax obstacles to investment and hiring. Repealing regulations to cut costs for consumers is another good approach.


Let’s hope that Trump sticks to indirect‐​style proposals tonight so that America’s entrepreneurs can keep the private‐​sector growth machine humming. 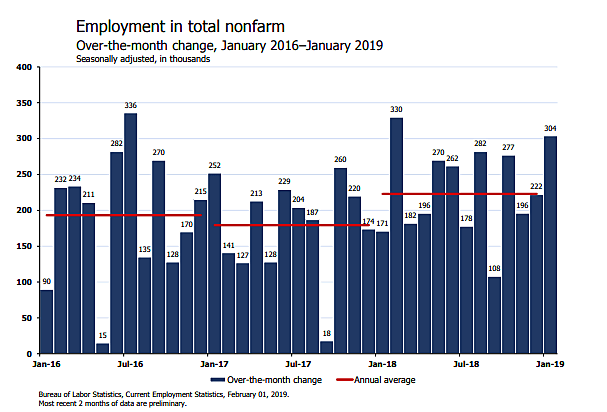