The Albrecht family of Germany is one of the richest in the world. They earned their wealth from innovations in price‐​slashing for European grocery shoppers. Their Aldi grocery chain is now spreading across the United States and bringing savings to millions of lower‐ and middle‐​income families. I profiled Aldi in this recent post. 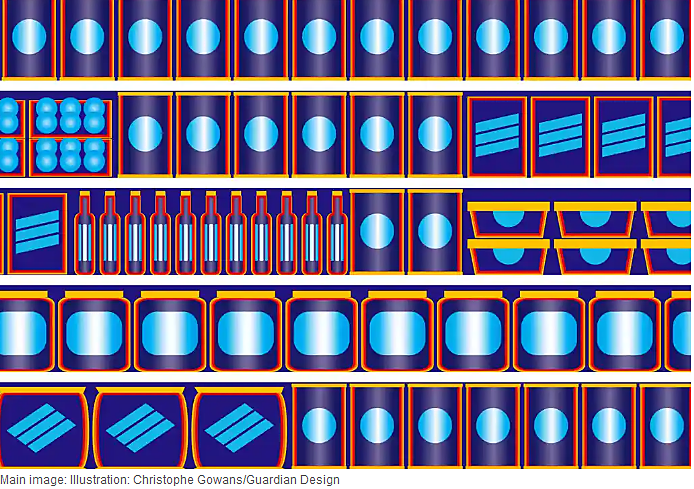 Rather than bashing the rich, Bernie Sanders, Elizabeth Warren, and other liberals should be praising wealthy entrepreneurs and corporations, such as Aldi, that are reducing poverty through aggressive market competition.

Aldi was the subject of a fascinating profile in the UK Guardian. Snobby British observers did not think Aldi would succeed because they assumed consumers didn’t mind high prices. Aldi proved them wrong. UK grocery chains were used to fat profits. Aldi eliminated them. Sanders and Warren take note: open markets and intense competition transfers wealth from corporations to moderate‐​income consumers.

Here are some excerpts from the Guardian piece by Xan Rice:

On a Thursday morning in April 1990, in the suburb of Stechford in Birmingham, a strange grocery chain started trading in the UK. It only stocked 600 basic items – fewer than you might find in your local corner shop today – all at very low prices. For many products, including butter, tea and ketchup, only a single, usually unfamiliar brand was offered. To shoppers accustomed to the abundance of Tesco and Sainsbury’s, which dominated the British grocery sector with thousands of products and brands, delicatessens, vast fridges and aisles piled high with fresh fruit and vegetables, the range would have seemed dismal.

The managers of this new shop, which was called Aldi, had not bothered to place a single advert announcing its arrival – not even an “Opening soon” sign outside the store. Strip lights illuminated the 185 sq metre store, and from the ceiling hung banners listing prices for the goods stacked on wooden pallets or displayed in torn‐​open cardboard boxes on metal shelves.

… most people were confident they would fail in Britain, where there was a discernible snobbery about discount stores. When a reporter from the Times visited an Aldi store in Birmingham the following year, he thought it represented the “anonymous, slightly alarming face of 1990s grocery shopping”, without any pretence of sophistication. “One looks in vain for avocados or kiwi fruit.” The British supermarket giants, whose 7% profit margins were the world’s highest, were even more dismissive.

… But today, the boasts of Tesco and Sainsbury’s read like a classic example of business hubris. While the major supermarkets dozed, convinced that many people would not be seen dead in a discount store, the German chains quietly turned the sector on its head. Nearly two‐​thirds of households now visit an Aldi or Lidl branch at least once every 12 weeks, according to the research firm Kantar Worldpanel.

… By sucking in shoppers and, as former Aldi UK CEO Paul Foley puts it, “sucking the profitability out of the industry” – profit margins of 2–3% are now the norm – the two German‐​owned companies have forced the “big four” supermarkets to take drastic measures.

… The stores’ overall feel is still more gritty than pretty. In the latest Which? magazine survey of its members’ favourite supermarkets, published in February, shoppers ranked Aldi third overall, behind only Waitrose and Marks & Spencer, despite giving it only one star out of five for store appearance. Merchandise is still displayed on pallets, in plastic crates or cardboard boxes – or arranged haphazardly, as in the case of the one‐​off, bargain‐​priced goods found in the “middle aisle”, which hosts a rapidly rotating assortment of ultra‐​discounted oddities.

… Packaged products in all supermarkets come with a barcode, which the checkout assistant will locate and scan. But look closely at a packet of Aldi toilet rolls and you will see not one but four barcodes: two long ones down the sides, and one on each large flat surface. A container of butter has three barcodes; a bag of carrots has two. For kidney beans, a pinstripe barcode is wrapped around half of the can. This means that whichever way the assistant holds the product the scanner will register it.

… what Aldi managers describe, straight‐​faced, as “the thrill at the till”: your trolley full of goods has cost less than you thought it would. The rushed, no‐​frills experience isn’t something you merely endure for the sake of saving money; the awareness of your savings makes that experience a pleasure in itself.

… Aldi managers were expected to make continuous improvements to the company’s processes, a business philosophy also used by Japanese manufacturers, where it was called kaizen. In their book “Bare Essentials”, Dieter and Nils Brandes argued that Aldi’s embrace of kaizen, its lean management structure and just‐​in‐​time approach to inventory – taking delivery of stock only when needed, to cut holding costs – made it the “most Japanese” company in Germany.

… “The rest of the industry hated us,” said Paul Foley, who was the company’s third employee in the UK, and chief executive from 1999–2009. “I heard us called parasites, leeches, and ‘a plague of locusts landing on our shores’” – because of the company’s record of dragging down prices and profit margins in new markets. “It means nobody will help you: nobody wants to rent you space, organise transport for you, or sell you product.”

… Today, new Aldi store assistants receive industry‐​leading pay of £9.10 an hour, and £10.55 an hour in London – the London living wage – while a graduate accepted on to the area manager programme starts on £44,000 and gets an Audi A4 company car. Paying well obviously helps attract and retain staff, who might otherwise go to chains where the pace of work is slower. But it also serves to drive up wages across the industry, which, because of Aldi’s lower overall employee costs, hurts its competitors more.