The Results Are In: The IMF’s Venezuela Inflation Guesstimate Was Way Off

In October, the International Monetary Fund (IMF) committed a blunder when it issued a forecast for Venezuela’s end‐​of‐​year annual inflation rate. An inflation forecast in a country that is toying with hyperinflation is a mug’s game.


The IMF’s October 2016 World Economic Outlook (WEO) forecast for Venezuela’s 2016 year‐​end annual inflation rate was 720 percent. The IMF’s figure gave the appearance that it was based on a finger‐​in‐​the‐​wind estimate. Indeed, the last serious connection between Venezuela and the IMF was back in September of 2004, when an Article IV Executive Board Consultation occurred.


The only accurate measured rate of the general level of inflation in Venezuela is produced by the Johns Hopkins‐​Cato Institute Troubled Currencies Project (TCP), which I direct. This project measures inflation as it occurs. It does not produce inflation forecasts. The TCP’s measured inflation rates are based on the long‐​established principle of Purchasing Power Parity. Using this method, changes in black market (read: free market) exchange rates are translated into overall inflation rates. Based on my calculations, the 30‐​day moving average for Venezuela’s annual year‐​over‐​year inflation in December 2016 was 290 percent. This rate is less than half of the IMF’s forecast. 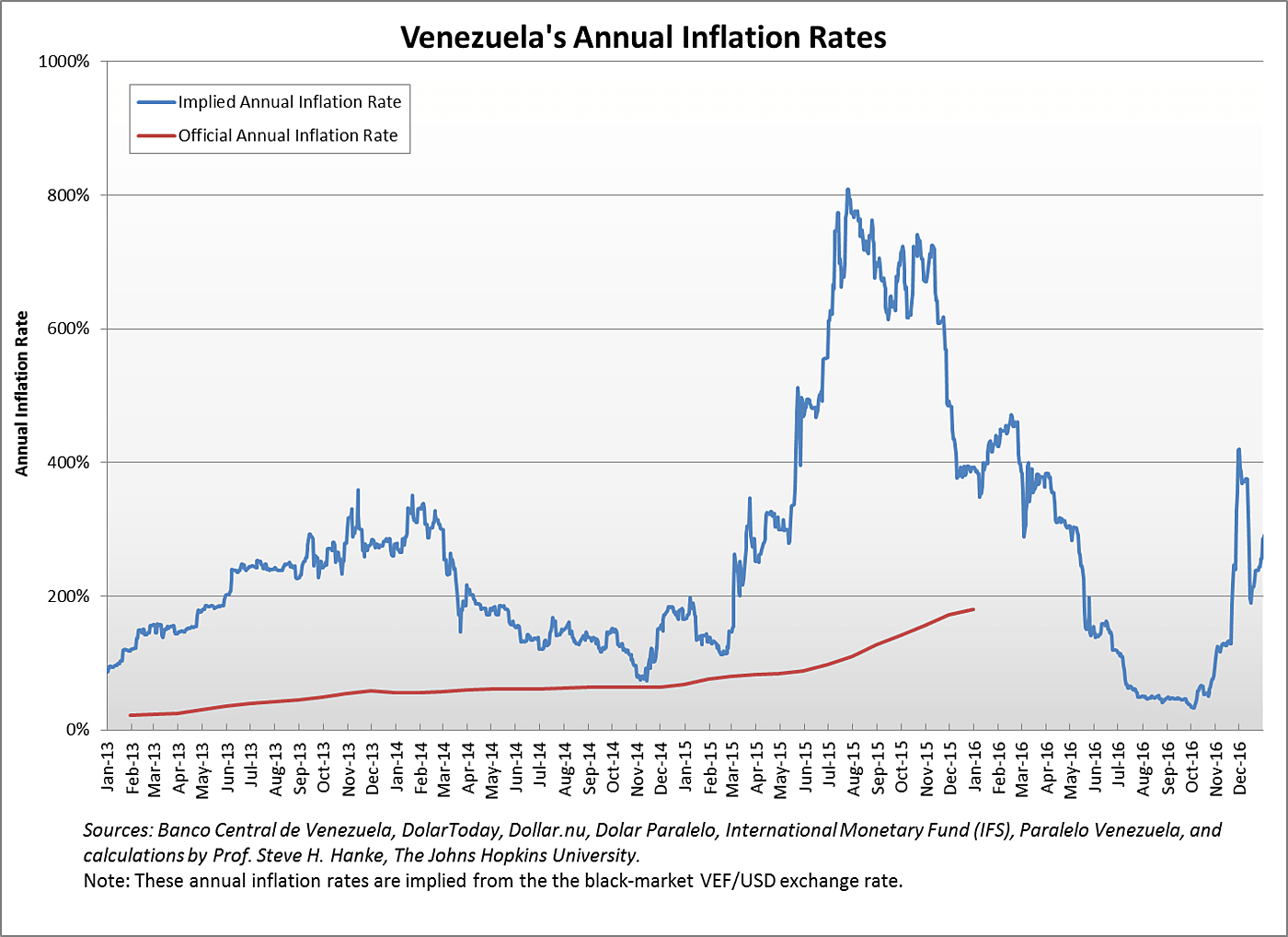