Rea​son​.com: ‘6 Reasons Why States Should Continue to Oppose ObamaCare’ 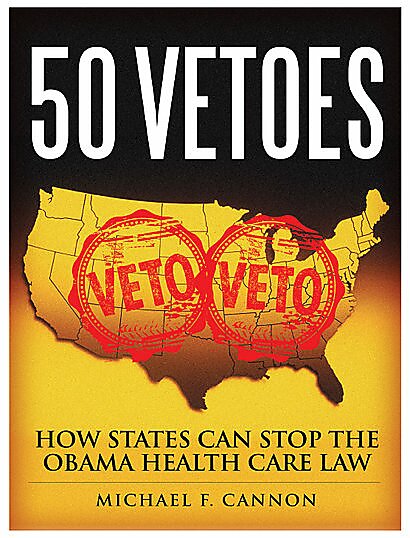 Drawing from my white paper "50 Vetoes: How States Can Stop the Obama Health Law," Reason's Peter Suderman highlights six reasons why states should refuse to implement any part of ObamaCare. Here are two:

3. Refusing to create an exchange potentially protects a state’s businesses from the law’s employer mandate.Obamacare fines any business with 50 or more employees that does not offer health coverage of sufficient value—as determined by the federal government—$2,000 per employee (exempting the first 30 workers).  The employer penalties, however, are triggered by the existence of the law’s subsidies for private health insurance. And as Cannon notes, the text of Obamacare specifically states that those subsidies are only available in states that choose to create their own exchanges. The IRS has issued a rule allowing for subsidies in states that reject the exchanges, but a lawsuit is already under way to challenge it.

4. States also have the power to protect as many as 12 million people from the law’s individual mandate—the “tax” it charges individuals for not carrying health insurance. Obamacare requires that nearly everyone maintain health coverage or pay a penalty—a “tax,” according to the Supreme Court’s decision upholding the law last year. But Obamacare also exempts individuals who would have to pay more than 8 percent of their household income for their share of their health insurance premiums. So if states bow out of the exchanges, and as a result the law’s private insurance subsidies are no longer available, then the mandate will no longer apply to the low and middle income individuals who would have to pay more than 8 percent of their income to get health insurance. Cannon estimates that if all 50 states were to decline to create exchanges, a little more than 12 million low and middle-income individuals would be exempt from the law’s mandate.