Women certainly should be celebrated for their many contributions, and “Day Without a Woman” did a little of that and a lot of advocacy for labor policies yesterday. According to the organizer’s website, the strike was intended to “call out decision-makers” on topics like the minimum wage, the gender pay gap, women’s healthcare, vacation time, and child care.

An impartial observer would likely believe that women's prospects must be quite depressing, given the missed work, public school closures, and street protests that occurred in some U.S. cities. Luckily, American women’s social welfare and economic prospects are better than many strikers realize.

Take female leadership, for example: it would probably surprise Day Without a Woman strikers that 42% of legislators, senior officials, and managers in America are female. This figure is higher than comparable places like Canada, Western Europe, and Eastern Europe. According to World Bank data, the U.S. is at the top of the pack and has been for at least the last decade. 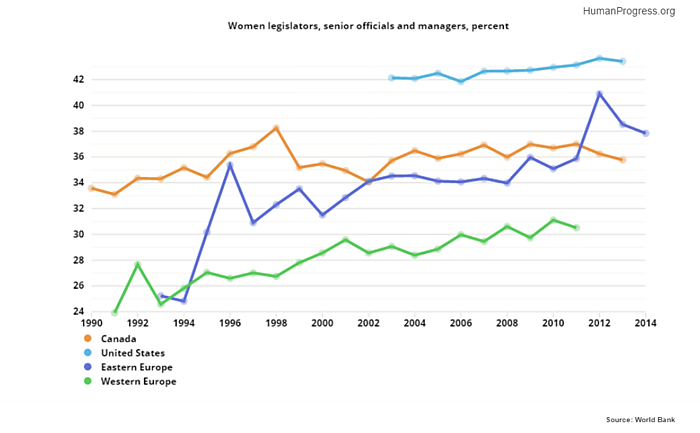 Of course, comparisons to less-developed geographies, like Asia, Africa, and the Middle East are substantially more stark. For example, American women outperform Indian women by around 30 percentage points on this female leadership indicator, despite India taking aggressive actions – like reserving one-third of Village Council head positions for women – since the mid-1990's. 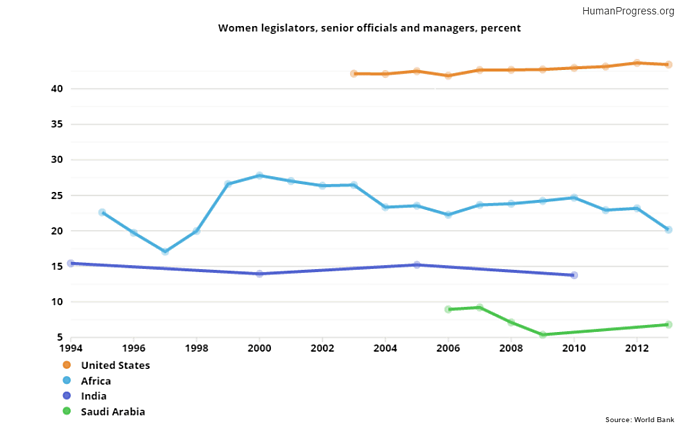 It may also surprise strikers that American women are successful on various labor market economic indicators. For example, U.S. women participate in the labor force at levels close to or surpassing other developed countries. The percentage of women in the labor force in the U.S. is about tied with Western Europe, a little over 1 percentage point under that of Eastern Europe, and six percentage points higher than the world average. 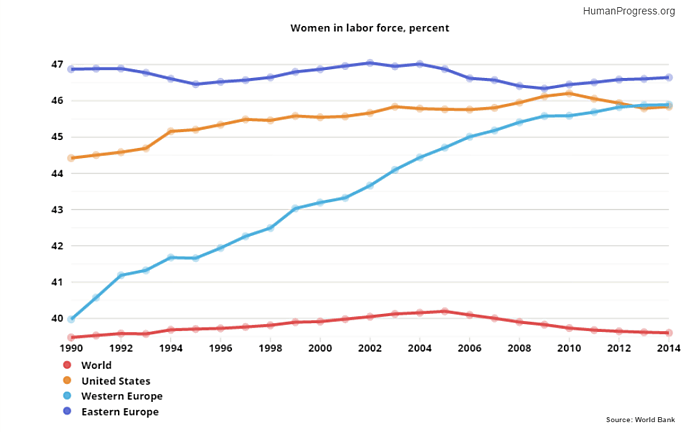 When it comes to personal freedom, American women do especially well. Ian Vasquez and Tanja Porcnik’s 2016 Freedom Index uses OECD information on missing women, equal inheritance regulation, parental-rights, freedom of movement, and female genital mutilation to rank countries across three metrics. On each metric, American women score a 10 of 10, and the report ranks overall welfare of North American women close to the highest in the world. 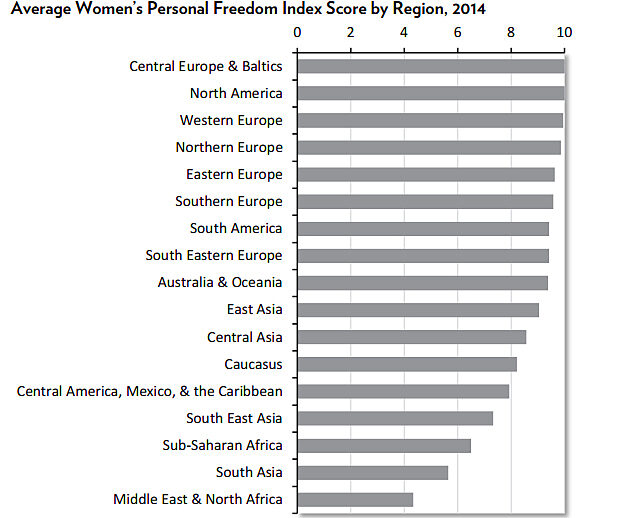 Finally, take the so-called gender pay gap: though strikers have been led to believe that women make 78-82% of what men make doing the same work, this simply isn’t true. When researchers compare men and women with the same levels of education, years of experience, job title, age, and geography, the pay gap all but disappears.

So, although men and women in the United States are dealing with different social and cultural pressures, and certainly face unique challenges as a result, the average American working woman should be optimistic. In any event, genuine progress on any issue is only possible when we review all of the available facts. When that happens, the picture that emerges empowers females to do more of the bold things that strikers advocate, not less.