The Quality of China’s Yuan Deteriorates – In One Chart

divDuring the past year, the Chinese yuan (CNY) has shed a bit more than 7 percent of its value against the greenback. That’s only one aspect of the CNY’s weakness. Another concerns the quality of the CNY.

As Jerry Jordan pointed out recently at the Cato Institute’s 34th Annual Monetary Conference, a central bank is a balance sheet. Among other things, the People’s Bank of China’s balance sheet contains information that indicates the quality of the CNY.

While the monetary liabilities (read: monetary base) of the bank have remained rather constant since late 2014, their composition has changed. The assets, which are the counterparts to the monetary liabilities, have changed dramatically. The net foreign assets have fallen and been replaced by net domestic assets. In consequence, the quality of the CNY has deteriorated. In this light, the recent tightening of China’s capital controls on outbound foreign investment is nothing more than an attempt to preserve foreign exchange and reverse the deterioration in the CNY’s quality. 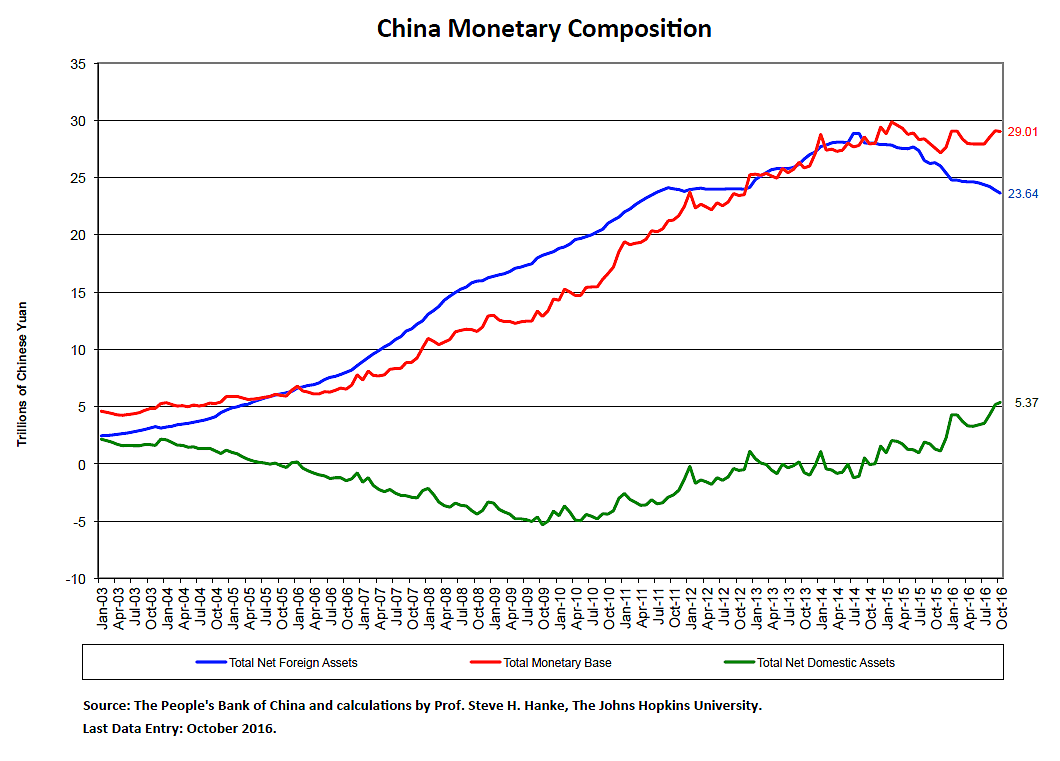 Over the past year, we have observed a depreciation of the CNY against the greenback, a reduction in the CNY’s quality, and the imposition of even more restrictive capital controls – an embarrassing state of affairs for a country that was beating its breast just two short months ago about joining the International Monetary Fund’s elite Special Drawing Rights (SDR) currency basket.