Debates about income inequality, “the top 1 percent,” and poverty typically examine those issues within the context of a single country. But, consider a global perspective. This web tool lets you find out which income percentile you belong to relative to all the other people in the world. If you make more than $32,400 per year, you are in the top 1 percent of the richest people in the world!

And, bear in mind that the world is more prosperous than it has ever been in the past. Compared to you, the vast majority of people who have lived on this planet were desperately poor. Poverty, as Cato’s David Boaz put it in this online lecture, used to be ubiquitous. “Why are some people poor? That’s always the wrong question. The question is why are some people rich? Poverty is the natural condition of mankind, but it’s easy to forget that.”

Fortunately, prosperity is rising and global inequality decreasing. Even as the world population has exploded, the number of people living in poverty has fallen. As a result of spreading prosperity, infant mortality, illiteracy, and malnutrition are in decline, and people are living longer. Extreme poverty’s end is in sight. 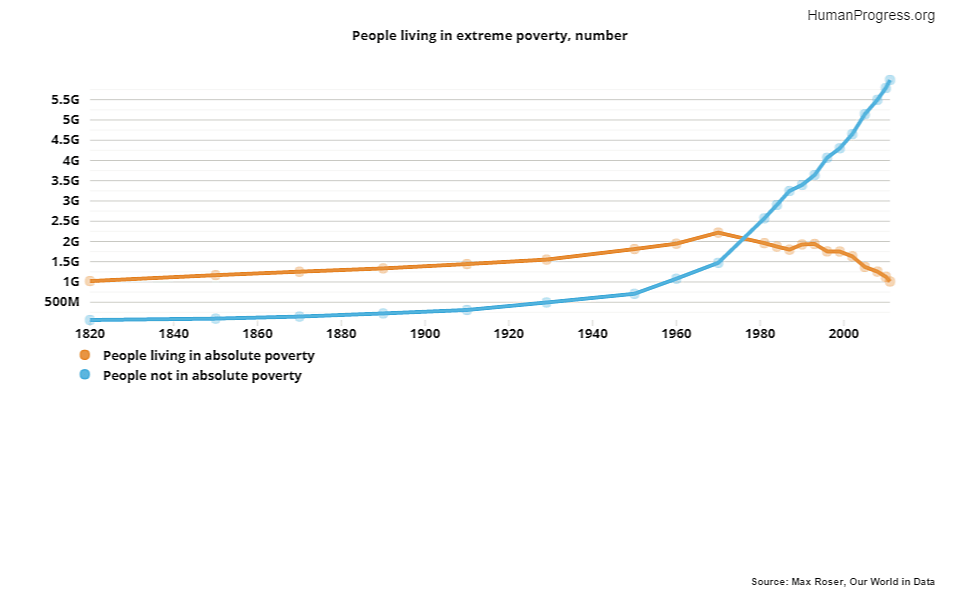 Prosperity does not, of course, materialize without a cause. The role of industrialization and trade in bringing about economic growth and prosperity cannot be emphasized enough.

So the next time someone brings up poverty or income inequality within the United States, keep in mind the importance of a proper perspective. From a global standpoint, you may very well be a part of “the top 1 percent.”