It appears hurricanes are a catalyst for school choice. Hurricane Katrina hit Louisiana in 2005, spurring a substantial school system reform. Hurricane Maria hit Puerto Rico in 2017, and their education secretary, Julia Keleher, recently announced that private school “vouchers will be included.” This could be a great thing. 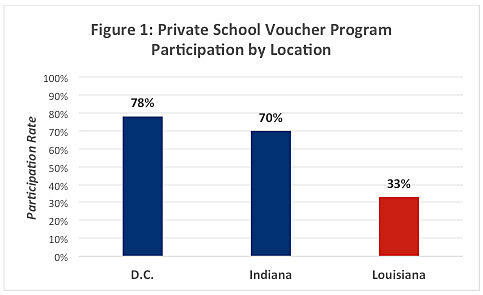 But that’s not all. The first experimental evaluation in the world ever to find negative effects of school vouchers on student achievement was in Louisiana.


“Accountability” to the government may sound enticing for Puerto Rico. After all, their elites likely wish to prevent poor families from making bad decisions. However, the perceived short‐​run benefit leads to actual long‐​run costs. Top‐​down accountability measures prevent high quality schools from participating at all. And worse, they nudge otherwise autonomous private schools to behave like government schools. Why entice great schools to imitate the very institutions that children are so desperately trying to escape?


Besides, since private schools must attract their customers, they already face tremendously stronger accountability pressures than government schools.


Puerto Rico has a great opportunity here. But they must do this right. If Puerto Rico mimics Louisiana, their natural disaster could very well lead to an educational disaster.