However, here is another poll question that Gallup has asked periodically since 1965 that shows public opinion becoming more supportive of increasing immigration as the annual number of green cards climbs.  The question is: “In your view, should immigration be kept at its present level, increased, or decreased?”  Surprisingly, Americans have become more supportive of liberalizing immigration over time.  In 1965, only 7 percent of respondents wanted to increase immigration while 24.5 percent did in 2014 (average of two polls in that year). 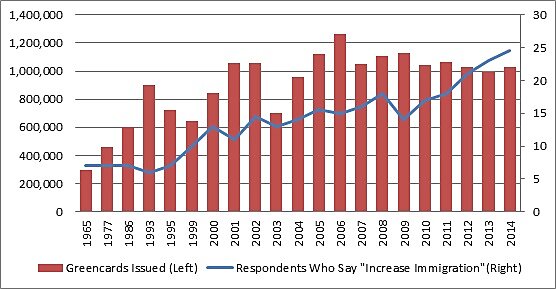 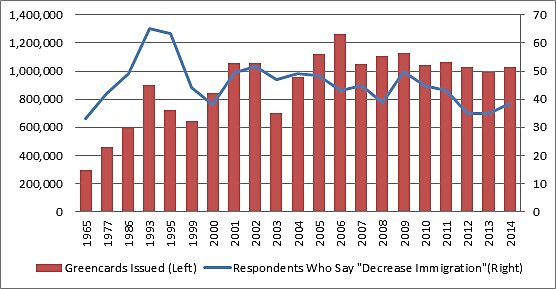 Support for the same level of immigration has been more constant over time. 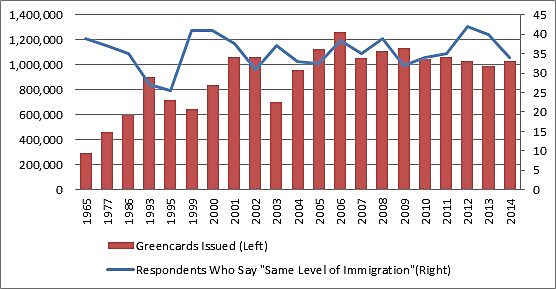 Combining the respondents who wanted more immigration with those who support the same level shows a near-constant improvement in opinion since the early 1990s. 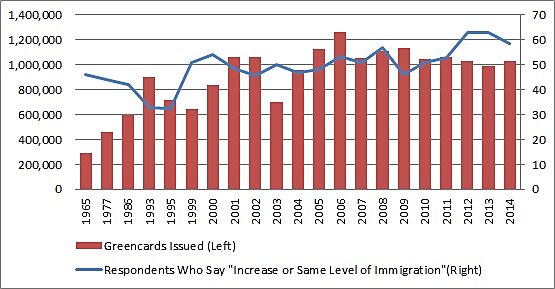 The last time Congress seriously tried to restrict legal immigration was in 1996 - and that effort failed despite the then popularity of such a measure. Such a bill in today's political environment with substantially less support for restricting legal immigration will be dead upon arrival.  Immigration-restrictionists may like to pretend that they are fighting on the side of public opinion against an “elite consensus” that supports further liberalizing immigration.  They are really fighting against public opinion that is less hostile to immigration than it used to be.