James G. Gimpel’s new report for the Center for Immigration Studies (CIS) has a good summary of voter opinion on immigration and how the issue influenced the rise of Donald Trump.  Undoubtedly, that issue key to his success in the GOP primary, although it’s unclear why equally nativist but more polite candidates like Mike Huckabee, Rick Santorum, and Scott Walker failed to gain traction.

My only problem with this report is its selective display of Gallup’s immigration polling data.  The CIS starts reporting the results in 1999 and omits whether Americans support more immigration (Figure 1).  By starting the data in 1999, the report is able to argue that opposition to legal immigration and those supporting the same number of immigrants have been roughly constant since 1999. 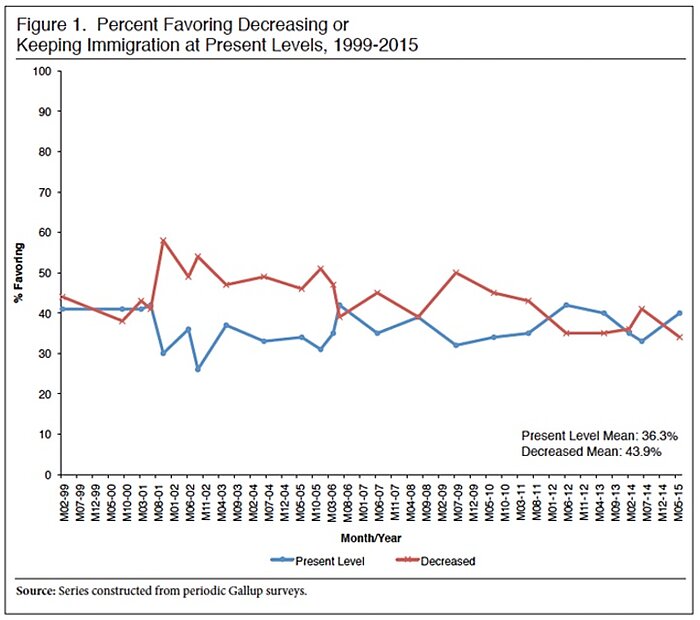 Source: Immigration Opinion and the Rise of Donald Trump.

If the CIS report had included the “Increased” immigration option in the poll and the years going back to 1965, you would have seen this (Figure 2).  I highlighted the years 1993 and 2015 to show how far public opinion has shifted toward the pro-immigration side over the last 22 years. 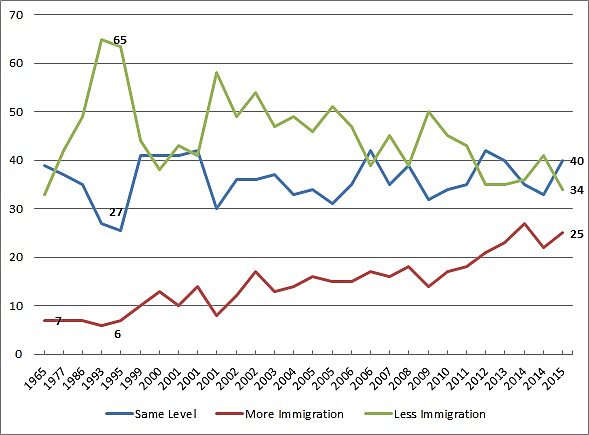 Gallup’s findings are not an aberration.  Other polls conducted by the General Social Survey, the American National Election Survey, and New York Times-CBS all find similar results.  Trump has done well with the segment of the population that wants to shrink immigration, but that segment has imploded over the last 22 years.  Americans are not anti-immigration and those who do hold such beliefs are shrinking as a percentage of the population.