This morning the latest results for 12th graders—the K-12 system’s “final products”—on the National Assessment of Educational Progress (NAEP) came out, and they were poor, as usual. As you can see below, on a test conducted in early 2019 – before COVID-19 lockdowns – scores were either stagnant or declined, depending on the subject and comparison year. The average scores in both reading and math also remained below “proficiency.” 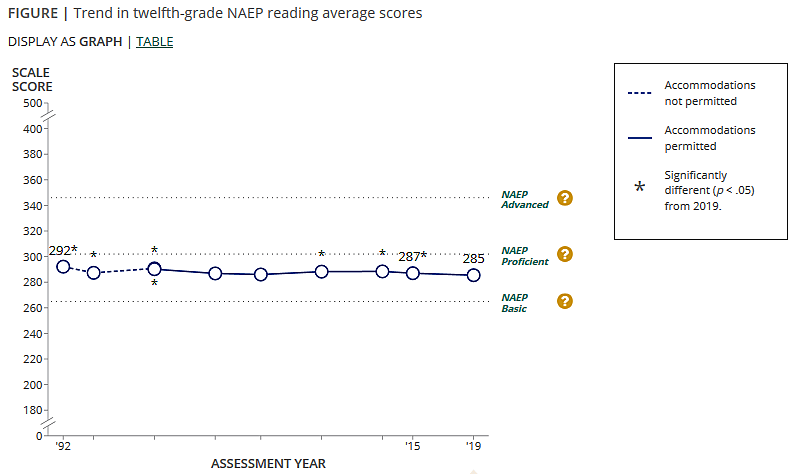 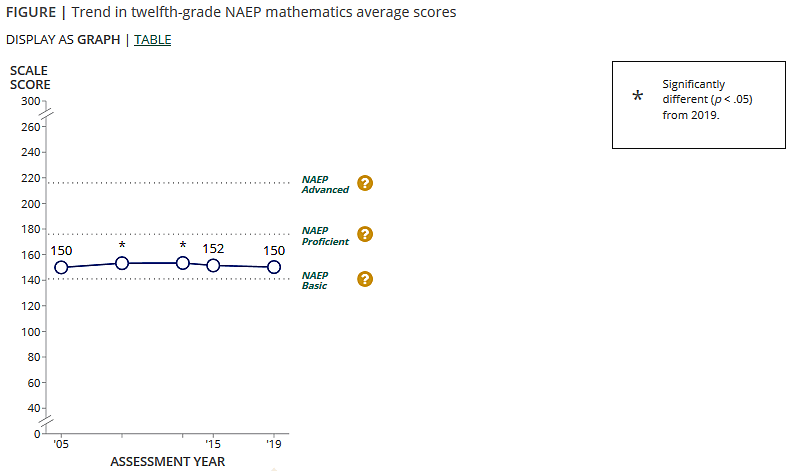 Obviously, this is not encouraging news, though the scores are limited in what they tell us. For one thing, many people value learning that is not likely reflected in standardized tests – critical thinking, moral development, and more. For another, 12th graders, only a representative sample of whom ever see a NAEP exam, may not care that much about a test with no stakes for themselves or their schools. That said, it would still be good to see scores rise, and low motivation would have probably always been the case, meaning score inclines and declines might still reflect changes in learning. Finally, this is the first time the test was conducted digitally, though no negative impact was reported.

These scores also reflect poorly on the power of spending money. Many more factors go into performance than spending, but we are increasingly being told that the case is closed that higher funding produces better outcomes. This is disputed concerning specific, often tightly focused studies, and these scores reinforce doubts on the macro level. As you can see in the latest federal data below, inflation‐​adjusted, per‐​pupil public school spending grew between both 1992 and 2005 and the 2016–17 school year (39 and 8 percent, respectively). And spending between 2016–17 and the 2019 NAEP administration probably continued to grow as the economy improved. Yet scores either stagnated or fell. Standard of living has also improved in the testing time frame, so it does not appear that life has simply gotten harder. 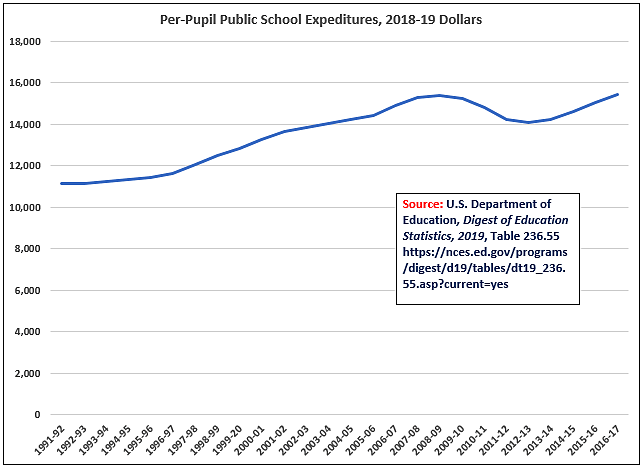 NAEP scores are hardly the end‐​all‐​and‐​be‐​all of American K-12 education. But they are something, and that thing is not very encouraging.